The Migration Policy Institute warned the system was failing in a report a few years ago both for asylum seekers and refugees who seek a new life in the United States from abroad.

It said the U.S. refugee protection system, although generous in many respects, became less robust over the last two decades.

The Migration Policy Institute warned it was failing to meet the diverse needs of refugee populations. 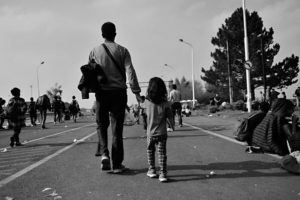 Protection of asylum seekers is questioned

The report highlighted heightened concern about security, inadequate coordination between government and non-governmental organizations (NGOs), and policy tensions that remained unresolved concerning the goals of protecting the most vulnerable refugees and asylum seekers.

Asylum seekers ask for protection after arriving in the United States. Refugees are granted protected status outside of the host country.

The report found local communities were becoming increasingly concerned about the “integration capacities” of these arrivals. Often they appeared to be left to fend for themselves.

The Department of Health and Human Services’ Office of Refugee Resettlement was criticized in the report. It was found not to be keeping long-term indicators of refugee self-reliance, well-being or integration into the local community.

Asylum filings and grants fell from 2001 to 2011 due to the one-year filing deadline, heightened burden of proof requirements, and other stricter criteria after the 9/11 terrorist attacks.

A more recent report in Truth Out highlighted the obstacles that face asylum seekers in making a successful application to stay in the United States.

The report quoted an immigration lawyer who said the U.S. government granted asylum in only two of her cases in four decades.

One of the cases was a woman who faced genital mutilation and the other involved a Guatemalan Amnesty International prisoner of conscience. Barbara Hines is a professor at the University of Texas at Austin School of Law.

She said the woman experienced highlights the difficulties applicants for asylum face.

When applicants successfully receive asylum, they can remain in the United States because they have been victims of persecution as a result of religion, race, nationality, membership of a particular social group or their political opinions.

If you are seeking asylum, please call our Texas immigration attorneys at (512) 399-2311. Find out more about asylum here on our website.