Immigrants in the United States spend a lot of time and effort seeking to become American citizens. However, there’s considerable evidence that Americans living abroad are seeking to ditch theirs.

That’s because of the onerous tax filing requirements imposed by the United States on its residents who live abroad.

A recent article by CNBC looked at a survey of 2,100 U.S. expatriates. The survey was carried out by Greenback Expat Tax Services, which specializes in working with American taxpayers living overseas.

Just over 4 in 10 of the respondents to the survey said although they aren’t planning to renounce their U.S. citizenship, they wouldn’t rule it out. Almost 20 percent said they’re seriously considering it. 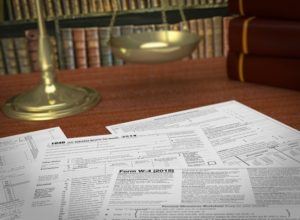 Half of those who are either planning or considering giving up their citizenship say the primary reason is the massive burden of U.S. tax rules.

“There’s nobody lobbying on the behalf of these people and fighting for your average American living overseas.”

Bloomberg reported the rise in Americans renouncing their citizenship goes back to the Civil War and a tax that was intended to deter potential draft dodgers.

The rules became considerably more onerous in 2010. The Foreign Account Tax Compliance Act (Fatca) was enacted. It said foreign institutions holding assets for U.S. citizens had a duty to report the accounts or withhold a 30 percent tax on the individuals if the information wasn’t provided.

The move resulted in some foreign banks declining to open accounts for expats.

That reflects an uncertainty over the current immigration crackdown by Americans abroad and a concern by permanent residents that they may face deportation, even for minor infractions. See our recourses on citizenship here.

If you need advice on a citizenship matter, please call our Texas family immigration lawyers at (512) 399-2311.