Radical changes in the way DWI stops are conducted in Texas are being considered under a new system that would expedite DWI blood draw warrants.

A recent report on KXAN revealed a new system to speed up blood draws is in testing across the state.

As part of the new online reporting system, field officers will be able to send a DWI blood search warrant directly to a judge. 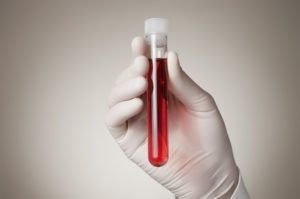 Sgt. Ryan Doyle with the Leander Police Department said the new system will cut down the time between the stop and the blood draw dramatically. At present it can take as long as six hours to track down a judge who can sign a search warrant for the blood draw.

KXAN reported the lengthy process must occur before a suspect is taken to a hospital for a blood-alcohol test. A section of Leander is in Travis County meaning a police officer must drive a DWI suspect to the Travis County jail before obtaining a DWI blood warrant.

Under the proposed new online reporting system, an officer in the field could send a DWI blood search warrant directly to a judge, dramatically cutting down the processing time.

The police officer would be able to stay at the scene of the DWI stop and send a blood warrant to the judge electronically. The judge is able to review it, sign it and send it back electronically.

An important U.S. Supreme Court ruling last year, reinforced the need for a warrant before a DWI blood test is taken.

While police say the proposed new system in Texas would expedite the DWI process and ensure more accurate results, it also raises concerns. Under the present system a judge can ask questions to an arresting officer face-to-face. The electronic system would be less personable.

If you have been charged with a DWI or a DUI, it’s important to get experienced legal representation fast. See our resources on DWI here. You can reach us at (512) 399-2311 or on our online contact form.