In recent years, some of the forensic techniques that became mainstays of the criminal justice system have been discredited. But that does not mean they have been abandoned.

Earlier this year, Attorney General Jeff Sessions said he would end the forensic science commission, a Department of Justice Department partnership with independent scientists to raise forensic science standards. He has ended a review of several techniques that were becoming discredited, reported the Washington Post. 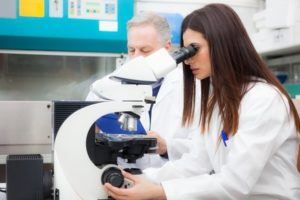 Some techniques that came under fire in recent years include:

Hair analysis is a forensic technique that was heavily used in recent years. However, in 2015, the FBI revealed serious concerns about the technique.

The agency acknowledged testimony was flawed in almost all trials using this evidence over a two-decade period before 2000.

The agency said of 28 examiners employed with the FBI Laboratory’s microscopic hair comparison unit, 26 of them overstated forensic matches in favorable to the prosecution.

That flawed evidence was used in 95 percent of the 268 trials reviewed to date, according to the Innocence Project and the National Association of Criminal Defense Lawyers (NACDL).

Alarmingly, defendants were sentenced to death in 32 cases in which the importance of a hair match was stated.

Why People Have Been Executed Over Discredited Forensic Techniques

Of those, 14 have been executed or died in prison, the groups.

The Washington Post reported on how defendants and federal and state prosecutors in 46 states and the District of Columbia were being notified to determine whether there were grounds for appeals. Four defendants were exonerated.

One defendant who paid a heavy price for flawed forensic evidence was George Perrot. He spent almost three decades in prison because of a single hair. It was picked up by an FBI agent on the bed sheet of a 78-year-old woman raped by a burglar in 1985.

There was no physical evidence like DNA, blood or semen to tie Perrot to the crime scene, reported The Guardian.

Perrot was convicted on the basis of one strand of hair. During the 1992 rape and burglary trial, Wayne Oakes, an FBI agent, described himself as an expert in hair and textile fibers. His testimony is believed to have swayed the jury. Perrot spent almost 30 years in jail before he was exonerated.

The forensic science commission was also looking into bullet-matching techniques. As long ago as 2005, the FBI said it would discontinue the use of the technique that was used for a quarter of a century.

The bureau suspended its use in 2004. An influential report by the National Research Council found the bullet matching technique could be seriously misleading.

The FBI promised to alert about 300 courts and prosecutors that received bullet-lead laboratory reports indicating positive results since 1996.

The technique known as comparative bullet-lead analysis, was used after President John F. Kennedy’s assassination in 1963. It used chemistry to link crime-scene bullets to those possessed by suspects. The theory was each batch of lead had a unique elemental makeup.

Despite the concerns, the FBI told defense attorneys in 2005, that while it was ending the technique, it still firmly supports the scientific foundation of the bullet lead analysis.

The FBI continued to help state prosecutors defend past convictions by using court filings that experts said were misleading. The government opposed the release of a list of the estimated 2,500 cases over 30 years in which it performed the analysis.

Bite mark analysis has been used for decades but the science was debunked in 2016. The President’s Council of Advisors on Science and Technology concluded that forensic bite-mark evidence is not scientifically valid and is unlikely ever to be properly validated.

In the case of bite mark evidence, the report is especially critical. The report said it fails to meet the scientific standards for foundational validity, and is a long way off meeting such standards. The report said:

“Available scientific evidence strongly suggests that examiners cannot consistently agree on whether an injury is a human bite mark and cannot identify the source of [a] bite mark with reasonable accuracy.”

While these so called ‘junk science’ techniques have been debunked by committees, some of these discredited forensic techniques remain in the criminal justice system. The science in the past was used to match marks on victims with the teeth of suspects.

While DNA remains the most reliable forensic evidence available to investigators, there are concerns about how it’s interpreted by some labs.