Undocumented immigrants who use fake documents in the United States face being charged with the enhanced offense of aggravated identity theft, according to U.S. Attorney General Jeff Sessions.

Sessions announced the tough measure during a visit to Arizona in April. The measure is in line with the Trump administration’s crackdown on illegal immigration with its emphasis on more raids and deportations.

A memo issued to U.S. Attorneys’ offices said prosecutors should seek charges for aggravated identity theft for migrants involved in the fraud or misuse of visas, permits, and other documents. 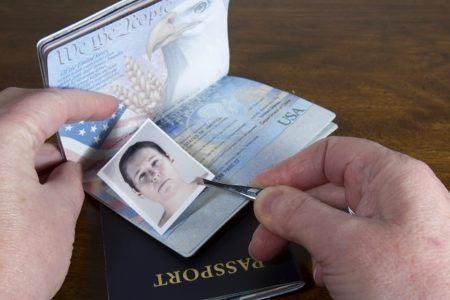 The April 11 memo from Sessions contained a raft of policies aimed at tackling illegal immigration.

It urged federal prosecutors to prioritize charges for the unlawful transportation or the harboring of aliens.

It said where a resource-linked decision was necessary, the priority should be the prosecution of people bringing three or more undocumented immigrants into the United States.

Two or more misdemeanor convictions for improper entry or one with aggravating circumstances like gang membership should be considered a felony, Sessions wrote.

Sessions asked each district to designate a border security coordinator by April 18.

There is a lack of consensus about the extent undocumented immigrants use fake identification and how detrimental it is to the United States.

Ronald W. Mortensen of the Center for Immigration Studies wrote in an article on the right-wing website Breitbart that identity theft by undocumented immigrants is wrecking lives and costing victims millions of dollars.

He said this form of identity theft is not a victimless crime. It impacts millions of Americans of all ages, those with disabilities, law enforcement and others whose social security numbers are being used, Mortensen said.

However, an article in The Atlantic suggested the social security system is benefitting from the use of false documentation.

It said many immigrants who lack the authorization to work in the United States, purchase fake Social Security cards and give them to employers, who are not aware they are fake or don’t look at them too closely.

When the W-2 form and a tax payment on behalf of the workers is submitted to the Social Security Administration, the federal government retains payroll taxes, even when a Social Security number is not linked to anyone on file.

The article suggested a considerable chuck of that money ends up in the Social Security trust fund which benefits to aging Americans are derived from.

The Atlantic article claimed the Social Security system has grown increasingly reliant on this revenue stream as Baby Boomers start to retire.

Stephen Goss, the chief actuary of the Social Security Administration, estimated as many as 1.8 million immigrants were working with fake or stolen Social Security cards in 2010. That number is expected to double by 2040.

If you are an undocumented immigrant who has been accused of using false documentation, you should hire an Austin criminal defense and immigration lawyer as soon as possible. Call us at (512) 359-3362.