Measures to tackle violent crime are being discussed both at a federal and a state level as homicides continue to rise.

In April, Sessions spoke about his support of the “broken windows” philosophy of police. Under this model, police officers rigorously enforce the laws on even minor violations in the hope of stamping out more serious problems. Sessions wants a return to what he termed a “lawful system of immigration” and the breaking up cartels and gangs in America’s cities.

However, in a speech and question-and-answer session at the Ethics and Compliance Initiative’s annual conference, he disputed recent speculation that the Justice Department may be easier on white-collar crime than its predecessor. 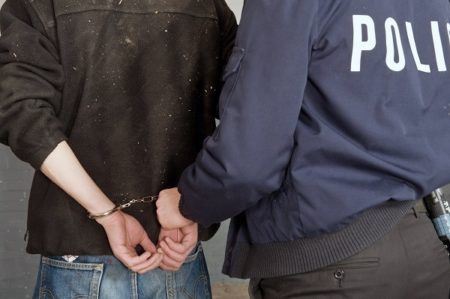 While acknowledging uncertainty when administrations change, he pledged to continue to enforce laws that protect American consumers and ensure that honest businesses are not disadvantaged by dishonest ones reported the Washington Post.

Many factors have led to an upsurge in violent crime in recent years. These include a rise in cheap heroin which is flooding the market, we noted last year.

However, in many states the need to tackle violent crime is being balanced with reform policies intended to reduce the financial burden of the jail population.

Recently in Louisiana, Gov. John Bel Edwards reached common ground with the state’s sheriffs and district attorneys in bid to reduce the highest-in-the-nation incarceration rate and slash millions of dollars each year.

A package of bills intended to cut the prison population was backed by a Senate judiciary committee. However, the proposals were amended to head off opposition from district attorneys and sheriffs who would not cede ground on reducing the penalties for violent crimes.

But before they passed unopposed to the Senate floor, the proposals were heavily amended to reduce opposition from sheriffs and district attorneys, who refuse to cede much ground on lessening the punishments for violent crimes.

If you have been charged with a violent crime in Texas, you will likely to facing a felony and a tough sentence. Find out about the difference between a felony and a misdemeanor here. Please call our Austin criminal defense team for help at (512) 359-3362.