The cap for H1-B petitions was reached again quickly in April. However, U.S. Citizenship and Immigration Services (USCIS) saw petitions fall to the lowest figure in five years.

The cap for skilled worker visas was reached on April 7 for the fiscal year 2018. USCIS then completed the H1-B lottery selection process on April 11.

USCIS said about 199,000 petitions were filed this year. It was the lowest number filed in five years. However, immigration services did not provide a breakdown of how many of the petitions were eligible for the advanced-degree exemption, known as the “master’s cap.”

USCIS has started to send its receipt notices by regular mail. There is not an email option in these cases. 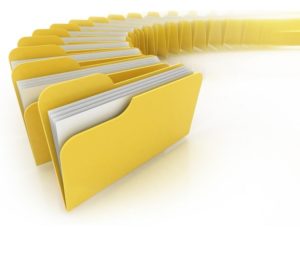 Applicants who are not selected in the lottery will be returned by mail along with the uncashed filing fee checks to the employer who was making the application.

Why Did Petitions Fall in April 2017?

The uncertainty about the future of the H-1B visa may have led to the reduction in applications this year.

“In an atmosphere of uncertainty, I suppose it is not surprising that fewer petitions were filed this year. Some IT firms in India announced they were reducing the number of lower-experienced workers they were filing petitions for, meaning more of those jobs will stay in India rather than being relocated to the U.S.”

At the start of the year, the government issued reminders that it is paying close attention to the future of the visa. USCIS promised a “more targeted approach” in visiting workplaces of H-1B petitioners. The Justice Department warned it was cautioning employers who are petitioning for H-1B visas not to discriminate against American workers. CNN reported the moves were intended to cripple outsourcing firms.

Further doubt was cast on the visa when President Donald Trump issued an executive order in April. Read more about the order on our website.

Although the volume of H-1B petitions for the 2018 financial year fell, the number is still more than double the annual allotment of 85,000, when the master’s cap is included. USCIS has a long backlog so applicants may have to wait several months before USCIS issues requests for evidence (RFEs) or approval notices.

Applying for H-1B visas is a difficult and time-consuming process. It makes sense to hire an experienced Austin immigration law firm. Please call us at  (512) 399-2311.