The new Trump administration promised a tough approach to immigration. That approach may be linked to a fall in the number of undocumented immigrants seeking to cross the U.S. border from Mexico.

A report on BBC said the number of people arrested crossing the border into the US fell to a 17 year low by the spring.

The report noted fewer than 17,000 arrests of undocumented migrants were recorded in March. The figure was the lowest since 2000, according to US Customs and Border Protection. 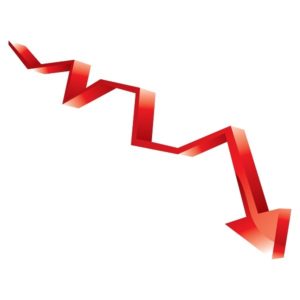 Kelly gave the figures in testimony to the Senate Homeland Security Committee in April. He spoke about an “amazing drop” in the number of migrants taking the dangerous route north from Central America.

Kelly said March marked the fifth straight month of declining numbers. The number of migrants arrested at the border is about 71 percent lower than the December 2016 total – 58,478, Kelly said.

He said the trend on illegal immigration was good news but the southern border remained a priority to protect the country from terrorists and other criminals.

In April, a report from the Pew Research Center found the number of undocumented immigrants in the United States has now dropped to its lowest level since 2009.

The research found the number of unauthorized immigrants living in the US in 2015 fell below the total at the end of the recession for the first time. The research found Mexicans represented a falling share of this population.

The Pew Research Center report appears to suggest the number of undocumented immigrants coming into the country from Mexico may have been falling before Trump was elected president.

The research found there were 11 million illegal immigrants living in the United States in 2015. It was a small but statistically significant fall from the Center’s estimate of 11.3 million for 2009, the final year of the recession. The Center’s preliminary estimate of the unauthorized immigrant population in 2016 is 11.3 million.

At Peek & Toland our Austin immigration attorneys can help you with your family immigration matters. Please call us for a consultation at  (512) 399-2311.