As the deportation of undocumented immigrants is ratcheted up by the Trump administration, we have seen interventions by local politicians. In Connecticut, two U.S. senators are backing an immigrant facing deportation to Guatemala.

In May, Luis Barrios, a married father of four U.S.-born children was given a 30-day reprieve from deportation. He has the support of Connecticut’s two U.S. senators who sought to prevent him from returning to a country he has not seen for a quarter of a century.

A report on ABC News stated Immigration officials permitted Barrios to remain in the United States after his unlawful status was flagged in a 2011 traffic stop related to broken tail light. All that changed after President Donald Trump took office and made immigration enforcement his top priority.

While Trump has promised to concentrate on the deportation of undocumented immigrants with criminal convictions, Barrios’ case highlights the fine line unlawful immigrants are walking. Critics say there’s a world of difference between a traffic citation and serious crimes like homicides or rapes. 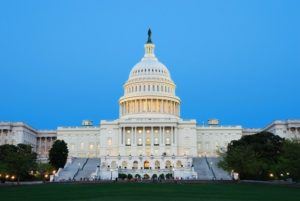 Barrios’ lawyer and members of Connecticut’s congressional delegation are fighting the deportation to Guatemala. They asked federal immigration officials to reverse the deportation while Barrios sought asylum.

More than 100 of the immigrant’s supporters rallied outside the federal courthouse in April when 19 were charged with disorderly conduct and trespassing for blocking the entrance.

The efforts of Rep. Rosa DeLauro, and Sens. Richard Blumenthal and Chris Murphy, D-Conn., appear to have secured the Guatemalan a 30-day reprieve but the battle was far from over, the Hartford Courant reported.

They argued Barrios faced a credible threat of violence if he was sent back to Guatemala. They also highlighted his four children and strong ties to the community.

ICE officials argued they were merely complying with a judge’s 1998 deportation order.

In recent weeks, we have seen an upsurge in arrests and deportations of undocumented immigrants in Austin and elsewhere. However, the Trump administration faces some logistical difficulties in ramping up deportations.

At Peek Law Group, we launch numerous cancellations of removal actions every year to fight deportations of you or your family members in Texas. Please call us at (512) 399-2311.