A University of Texas stabbing spree on May 1 that left one student dead and three injured led to many unanswered questions.

The UT police chief later said the suspect may have suffered from mental health issues.

White was said to be calmly walking around the busy plaza in front of Gregory Gym when he was picked up. Police found a bloody scene at the plaza. One man was bleeding on the ground and three others were wounded a block away. 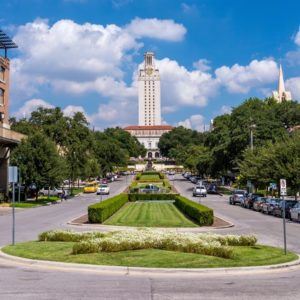 Police said all of the victims were male and aged 20 or 21 years old.

Images posted on the Daily Texan showed White being handcuffed by two campus police officers. A large knife holder was visible at his hip.

CNN reported White was involuntarily committed and later released in another city.

White subsequently told the TV station KXAN in a jailhouse interview he had no memory of the event.

He was charged with the murder of a 19-year-old freshman on May 1. He is also accused of stabbing three other students.

White’s attorneys said they were disheartened by the release of the video in Travis County by the TV station. They said White lacked the mental capacity to understand the interview.

Insanity as a Defense to Murder in Texas

Insanity is a murder defense in the Lone Star State. Although many people believe defense lawyers frequently seek to use this argument, it’s actually used sparingly.

There are different standards for proving insanity depending on whether a defendant is tried in a federal or a state court. Usually, the defendant must show he or she did not mentally or intellectually understand his or her behavior was wrong at the time of the killing.

Although insanity is a defense to murder, the defendant is usually committed to a secure mental facility.

While the University of Texas stabbing spree made headlines, the Austin-based university has also been under fire for rapes on campus, reported The Statesman.

If you have been charged with a serious crime like a homicide, please call our Austin defense lawyers as soon as possible at  (512) 399-2311.