Texas Gov. Greg Abbott has taken aim at locations like Austin that protect immigrants from federal immigration arrests by signing a bill that amounts to a sanctuary cities ban.

On May 7, the Texas Governor signed a bill that bans sanctuary cities in his state. The main elements of the legislation are:

A report on CNN noted the legislation can bring a misdemeanor charge for police chiefs, sheriffs and constables in Texas who fail to comply with detention requests. 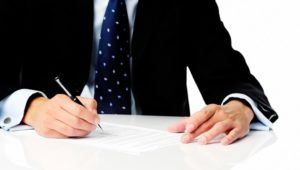 Abbott’s office said these elected and appointed officials can even be removed from office once the measure is imposed on September 1. In a press release, Abbot said:

“As Governor, my top priority is public safety, and this bill furthers that objective by keeping dangerous criminals off our streets. It’s inexcusable to release individuals from jail that have been charged with heinous crimes like sexual assault against minors, domestic violence, and robbery.”

Travis County is the only jurisdiction in Texas with an active policy to resist detainer requests by Immigration and Customs Enforcement (ICE) agents to hold defendants who may be undocumented immigrants.

Sanctuary city is a broad term used to describe jurisdictions with policies that limit involvement or cooperation with federal immigration authorities. There is no consistent set of characteristics to describe a sanctuary city. However, cities such as San Francisco and Los Angeles in California have made no secret of their opposition to federal immigration policies and their lack of cooperation.

Many cities, counties and some U.S. states have informal laws and policies that are consistent with sanctuary positions.

Abbott said he vouched for the legality of the law, claiming it has already been tested at the United States Supreme Court.

However, opposition groups pledged to mount a legal challenge. The Mexican American Legal Defense and Education Fund (MALDEF), immediately pledged to fight the law describing it as a blunder.

The American Civil Liberties Union of Texas said the legislation will allow racial profiling by untrained immigration agents and is unconstitutional in seeking to remove democratically elected representatives from office if the fail to comply.

An article in Kaiser Health News warned programs to fight opioid addiction and domestic violence could be at risk from the measures.

Some police chiefs are in opposition to the sanctuary city ban, claiming it could widen a gap between police and immigrant communities, prevent victims coming forward and stop immigrants from helping them to solve crimes.

Research suggests crime is not any higher in sanctuary cities than other locations.