A report on U.S. News highlighted a debate at Hood College in Maryland. It described how petitions demanding the school becomes a sanctuary campus are circulating.

It described how one student, José Galarza, asked college administrators to start a discussion about the issue of sanctuary campuses. 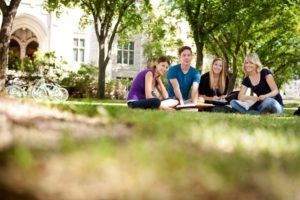 Hood hosted Janis Judson, chair of the Department of Law and Criminal Justice at Hood. The panel included Andrea Shuford, a Hood graduate and principal attorney at Shuford Immigration Law in Virginia. They took questions and talked what a sanctuary campus is, and what it isn’t.

Most sanctuary campuses are modeled after sanctuary cities, jurisdictions that limit the level of cooperation with government to enforce a wide range of immigration laws.

Judson, a constitutional lawyer, talked about immigration law and which bodies have the powers to set and enforce immigration laws. He pointed out it’s constantly evolving and was an issue which became a battleground for all three branches of federal government in recent years.

Judson said undocumented immigrants are frightened in the current era of Immigration and Customs Enforcement (ICE) raids with an uptick in deportations under the Trump administration.

Shuford advised students at Hood College who may be coming under pressure because of their immigration issues that sanctuary campus status has little meaning. She said the term sanctuary has little basis in law and zero legal status in federal law.

She pointed out limiting the college’s cooperation with law enforcement would not mean assisting or harboring a person who entered the country illegally. Shuford said it means the campus would not actively help law enforcement in detaining the immigrant.

We noted how sanctuary campuses are being set up to assist undocumented immigrants on our blog.

If you need help with an immigration matter call our experienced Austin, Texas family immigration team at  (512) 399-2311.