A Texas texting while driving ban has been signed by Governor Greg Abbott and came into effect on Sept. 1.

The measure was authored by state Rep. Tom Craddick, R-Midland. He sought unsuccessfully to introduce a ban on texting and driving over the previous three years, reported the Texas Tribune.

Craddick said texting and driving is inherently dangerous. He said:

“By enacting this public safety legislation, the governor is saving lives by deterring this dangerous and deadly behavior. For a long time, Texas has needed this law to prevent the loss of life in unnecessary and preventable crashes and we finally have it.”

Texas has lagged behind many other states in enacting a ban on texting and driving. 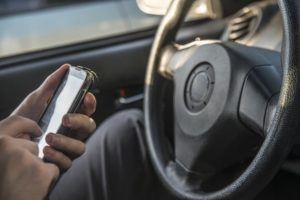 In 2011, a similar bill was vetoed by former Governor Rick Perry. He branded the move a “governmental effort to micromanage the behavior of adults.”

Some Texas cities regulate texting and driving under their own ordinances.

Abbott said he wanted legislation that pre-empted cites and counties in Texas from any regulation of mobile devices in vehicles. He said he did not want to see a “patchwork quilt of regulations” dictating driving practices in Texas.

The Lone Star State was the 47th to introduce a texting ban. Texting while driving will carry a fine of up to $99 for first-time offenders.

The move was praised by safety advocates, reported Forbes.

“After years of debating bills, Texas sent a clear message to residents that it will do what it takes to save lives.”

The council noted deaths on the highways of Texas rose an estimated 7 percent in 2016. More than 3,700 people lost their lives in the state.

In March a pickup driver who admitted to texting caused a crash involving a church bus that killed 13 in Texas.

Arizona, Missouri, and Montana are the only states not to have implemented a texting and driving ban.

If police are investigating a fatal accident or one with injuries, they may request cell phone records.

If you have been arrested for a traffic offense of this nature, please call our criminal defense lawyers in Austin at (512) 399-2311.