It’s no secret that the United States has onerous citizenship rules. People who are seeking citizenship here must be a green card holder for at least five years and go through a 10-step naturalization process. The process is not as difficult in all counties, prompting some Americans to seek dual citizenship.

An article in Business Insider noted how Ireland, for example, has very different citizenship laws than those of the United States.

Ireland considers “jus sanguinis,” or “right of blood” in applications. This means citizenship of the Emerald Isle may be available not just to the children of Irish citizens who were born in Ireland, but also to their grandchildren.

Compared to becoming a U.S. citizen, becoming an Irish citizen is a fairly straightforward process. 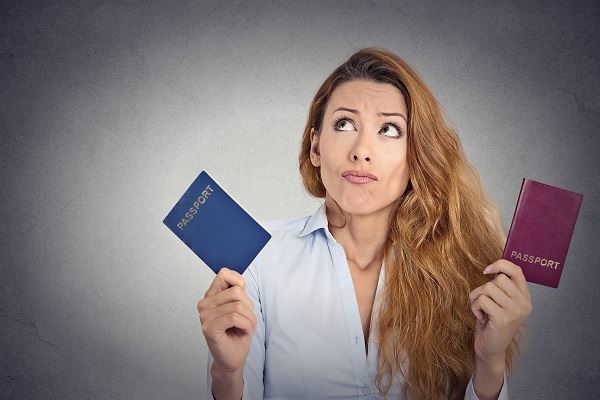 Countries where it’s easy to get dual citizenship

Many Americans have Irish roots and dual citizenship has proved popular to some of them. You need to provide documentation and apply for the Foreign Births Register.

The Business Insider article listed other countries that offer a simplified or brief application process to attract entrepreneurs.

You may be able to apply for citizenship of this eastern European country of you can speak Hungarian and prove your Hungarian ancestry. The country has a process called  “simplified naturalization.”

The Consulate General of Hungary states it takes officials in the capital of Budapest about six to nine months to determine whether an applicant qualifies. Hungary’s borders shifted a lot in the 20th Century and there were some caveats based on historical changes.

Israel has a law of return that makes it fairly straightforward for ethnic and religious Jews, as well as their spouses and grandchildren to gain Israeli citizenship.

You can gain citizenship in a matter of months and have a passport within the year. For more information see the Israeli Ministry of Foreign Affairs.

You can become a Peruvian citizen in two years if you pay a $25,000 fast-track fee. It takes approximately three months to secure approval for residency.

Once you have lived in Peru for two years, you can apply for citizenship. You must be able to pass tests on Peruvian history and culture and know the Spanish language.

You can actually inherit Italian citizenship from your great-great-grandfather.

However, as noted on YourItalianPassport.com Italy also has a large number of caveats.

From the outset, you’ll need to find documentation that proves an Italian ancestor lived after Italy’s 1861 unification and did not naturalize elsewhere before July 1, 1912. None of the ascendants in your direct line must have ever renounced Italian citizenship.

If you have Italian ancestors, they can pass on citizenship to children born after January 1, 1948.

There are advantages and disadvantages of dual citizenship. Even if you have a second citizenship and live abroad, the US government expects you to pay taxes.

US citizens living overseas, earning an income and paying to a foreign government are still subject to US income tax, as well as the same onerous tax filing requirements that apply to US citizens resident in the United States.

You can find out more about citizenship by reading the U.S. citizenship resources on our website. Call us at (512) 399-2311.