The MS-13 criminal gang is one of the most notorious street organizations in the country. It has a strong presence in Texas. The gang has its roots in Central America and members may face deportation.

The agency said he was a high-ranking member MS-member and wanted in his native country for two killings.

Rene Mauricio Joya-Villata was picked up in League City in Texas on Aug. 24. He was listed among El Salvador’s 100 most-wanted fugitives, reported the Houston Chronicle. 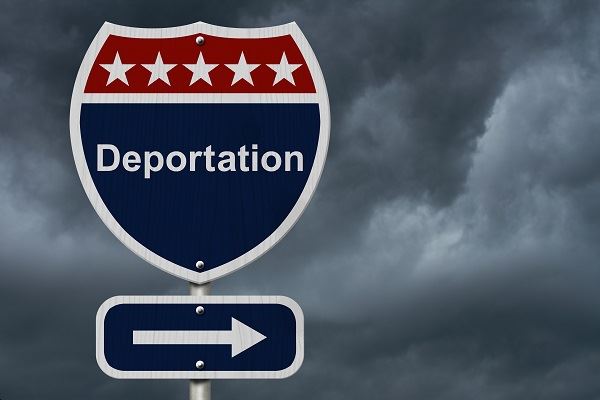 MS-13 member was deported from Houston

Although Joya-Villata had no criminal history in the United States and was not previously caught entering the country illegally, he was deported, said ICE spokesman Greg Palmore.

Joya-Villata was the second MS-13 member on El Salvador’s top fugitive list to be picked up in Houston this year, the Chronicle reported.

William Magana-Contreras, 36, was arrested in the spring on charges of aggravated homicide in his home country. ICE said he was deported from the United States in 2007.

MS-13 has been singled out by Attorney General Jeff Sessions as a threat to American society.

Earlier in 2017, two known MS-13 gang members appeared in a court in Houston to hear charges brought against them in the alleged torture and kidnapping of one victim and the “satanic” killing of another.

Diego Hernandez-Rivera, 18, Miguel Alvarez-Flores, 22, are charged with aggravated kidnapping in one instance and murder in a second over the shooting death of an unidentified woman whose body was found on a road in Houston.

A recent report in the Texas Tribune noted MS-13 is becoming more prominent in Texas even though it’s not the largest street gang in the state.

MS-13 (Mara Salvatrucha) is considered more of a threat to public safety in Texas than larger and older criminal groups like the Aryan Brotherhood, the Bandidos motorcycle club, and the Barrio Azteca gang, according to state gang assessors.

The gang was formed among Central American immigrants in California prisons in the 1980s.

Members gained a reputation for extreme violence after El Salvador’s vicious civil war of the 1980s and early 1990s.

If you are charged with a crime as a gang member, you will be facing a heavy sentence in Texas. Call our experienced Austin criminal defense team for a consultation at (512) 399-2311.