The diversity green card lottery hit the headlines after a terrorist attack in New York in November 2017.

The diversity visa program, also known as the green card lottery, was criticized for allowing an attacker who was an immigrant from Uzbekistan, to come to the US.

Sayfullo Habibullaevic Saipov was from Central Asia but he had been living in the US since 2010, sources said. He is accused of driving a rented pickup truck down a busy bicycle path near the World Trade Center in Manhattan killing eight people, reported CNN.

President Donald Trump tweeted that he didn’t want the diversity green lottery to continue. He called for a switch to a merit-based immigration system. 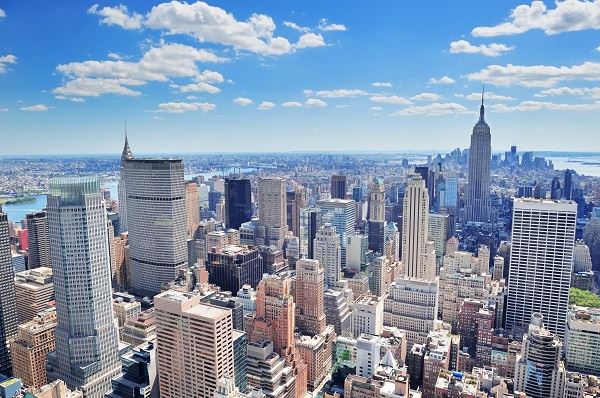 Notwithstanding the criticism, the diversity green card lottery has an unusual history, reported USA Today.

In 1965, The Immigration Act eliminated quotas that previously determined how many people could immigrate to the U.S. from any given country. This key piece of immigration legislation prioritized the immigration of people with close relatives living in the U.S. or the skills that employers wanted.

The provisions proved problematic for hundreds of thousands of Irish immigrants who were escaping an economic crisis at home. USA Today noted a quota system was no longer in place. Most of the Irish people who wanted to head west lacked close family living in the U.S. or skills that were in high demand Stateside.

Nevertheless, many Irish immigrants came to the United States anyway and overstayed the terms of their visas. They ended up living as undocumented immigrants.

In 1986, the diversity visa lottery was put forward as a solution to the problem by Irish American members of Congress.

Thousands of Irish immigrants benefitted in 1986. By 1995, Congress had passed a permanent version of the law.

Although demand from Ireland dropped off, every year the program provides green cards to 50,000 people chosen randomly from countries with low immigration numbers to the U.S.

The program appeared to be living on borrowed time even before the New York terrorist attack.

Most winners of the so-called green card lottery live outside the United States and immigrate through consular processing and the issuing of an immigrant visa.

Shortly after the terrorist attack, the diversity lottery was again under fire. Federal authorities moved to strip citizenship from four Somali immigrants who prosecutors claim lied about being a family, defrauding the Diversity Visa Lottery program.

The Washington Times reported that one woman, Fosia Abdi Adan, allegedly won the visa lottery in 2000 and then illegally brought three cousins, claiming two were her children and one was her husband to the United States. The feds claim the man was married to another woman at the time.

Removing citizenship is no easy task, although the Trump administration is seeking to make it easier. In the summer of 2017, the U.S. Supreme Court set the bar higher on citizenship stripping in the case of a Serbian woman who lied about her husband’s military service.

To find out more about the diversity green card lottery or citizenship please contact our Texas immigration lawyers at (512) 399-2311.