Texas has a deserved reputation for being a gun friendly state. Last September, a raft of new pro gun laws went into effect.

On its website, the National Rifle Association (NRA) noted some of these measures.

A number of key pro-Second Amendment laws took effect on September 1, 2017. They include:

Senate Bill 263 repealing the minimum caliber requirement (.32) for demonstrating handgun proficiency during the portion of the License To Carry course that takes place on the range.

Senate Bill 16. The legislation cuts the cost of an original License To Carry in the Lone Star State from $140 to $40. It also reduces the price of a renewal LTC from $70 to $40. The fees in Texas are now among the lowest in the nation. 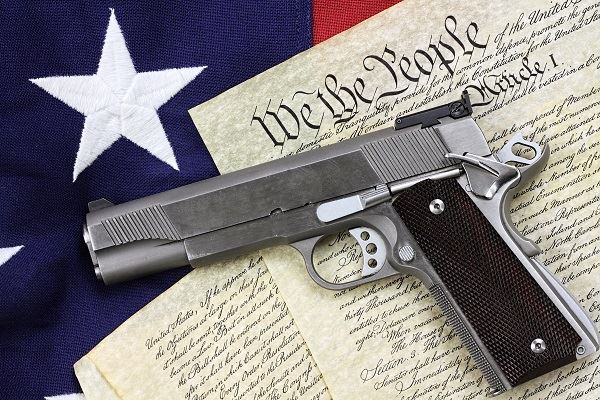 Before September, The Texas Penal Code required silencers to be registered with the Bureau of Alcohol, Tobacco, Firearms & Explosives.  However, if the controversial Hearing Protection Act eliminating the federal requirement passes Congress before the Texas Legislature meets again in 2019, suppressor owners could be guilty of a felony offense, stated the NRA article.

The Texas change also made it clear that short-barreled firearms with a pistol grip like the Mossberg 590 Shockwave are no longer unlawful.

Senate Bill 1566 contained measures allowing school district employees and workers in open-enrollment charter schools and private elementary or secondary schools who possess valid firearms licenses to transport and store guns out of sight in their locked cars and trucks.  These employees were left out of a law in 2011 that banned employer policies restricting the lawful possession of firearms in private vehicles.

House Bill 1935 repealed a ban on carrying or possessing knives including dirks, daggers, stilettos and Bowie knives by eliminating them from the prohibited weapons sections of the Texas Penal Code.  Texas retains the prohibition on the possession or carrying of knives with a blade more than 5 ½ inches long in public.

Senate Bill 2065 included language permitting volunteers to provide security at places of worship to be exempt from requirements of the Private Security Act.  The measures could include License To Carry holders approved by church leaders. The prohibition on gun possession by licensed carriers at places of worship is only enforceable if the location is posted or verbal notice is provided.

House Bill 3784 permits individuals approved by the Texas Department of Public Safety to offer an online course to cover the classroom part of the required training for a License To Carry.

Although Texas has some of the most liberal firearms laws in the country, not all police officers are familiar withpro gun laws such as the open carry legislation and some Texans have fallen foul of confusion, we note on our website.

If you have been arrested for a firearms offense, please call our Texas criminal defense lawyers at (512) 399-2311.