Aggravated kidnapping is one of the most serious offenses you can be charged with in Texas. Earlier this year, police said an Austin kidnapping began in a parking lot and ended in the death of a man.

A report in The Statesman noted a man who allegedly kidnapped a woman in Central Austin at H-E-B at Burnet Road and Allandale Road, was later found dead from gunshot wounds close to the southern bank of Lake Austin.

The woman was seriously injured in the incident, according to media reports.

The pair were believed to be in their 20s and they knew each other, officials said. 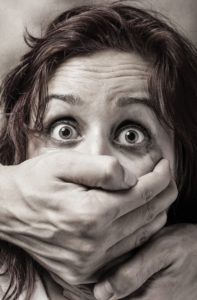 The Statesman report said the man dragged the woman into his vehicle at the parking lot. He then drove away. Police said they believed the man shot the woman while the pair was still in Austin.

About an hour after the Austin kidnapping at 2:40 p.m., the woman called 911. She said the man shot her and then shot himself, Travis County sheriff’s spokeswoman Kristen Dark said.

Deputies located the man and the woman in the 4400 block of Aqua Verde Drive. A neighbor performed CPR on the man, who had been pulled from his car.  Austin-Travis County Emergency Medical Services and deputies took over the CPR, but were not able to save the man’s life.

Aggravated kidnapping is a very serious offense in Texas and elsewhere. It covers a range of scenarios, from a stranger taking a child off the street to partners abducting each other or an estranged parent snatching their child to deny the other parent custody.

Kidnappings may seek to extort a ransom, although these cases are rare. However, an abductee is often subjected to violence.

Under the Texas Penal Code kidnapping is committed if a person intentionally or knowingly abducts another person. The victim is restrained without their consent or moved from one place to another and confined with the intent to prevent their liberation. Kidnapping is a second-degree felony.

Aggravated kidnapping in Texas is a first-degree felony. A perpetrator commits this offense if he or she intentionally or knowingly abducts another person and uses or exhibits a deadly weapon during the kidnapping.

If you have been charged with this serious offense, please call our experienced Austin criminal defense team at (512) 399-2311.