Deportation can be undiscriminating. Earlier this year, a mother from New York made a plea to authorities not to deport an undocumented immigrant who help bring her son’s killers to justice.

Sofia Cuetlach, the mother of a murdered Brooklyn man, called on federal immigration officials to release William Siguencia Hurtado. He was arrested in June despite testifying in two Brooklyn homicide cases, including her son’s.

Siguencia Hurtado is an immigrant from Ecuador. He is married to a U.S. citizen, has two children and has lived in the United States since 2002. Siguencia Hurtado was the only eyewitness in the murder trial of the killers of Cuetlach’s son. 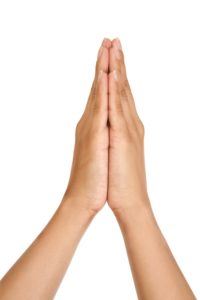 A report in the New York Daily News noted he was arrested during an annual check-in on June 29 at U.S. Immigration and Customs Enforcement in New York. He was detained as part of President Trump’s crackdown on illegal immigrants.

Cuetlach said she would help him by testifying on his behalf to avert potential deportation.

In 2012, Siguencia Hurtado was a witness to the murder of Cuetlach’s 20-year-old son outside a nightclub. He helped police arrest the suspects when he noticed them again two weeks later.

Support for Siguencia Hurtado also came from Acting Brooklyn District Attorney Eric Gonzalez. He sent a letter to the Department of Homeland Security, urging officials at the department to release the Ecuadorian.

The New York Post reported Siguencia Hurtado crossed the Mexican border 15 years ago. He was arrested in 2004 for harassment and statutory rape. The charges were later dropped.

A federal immigration judge ordered him removed from the United States in 2005, after he failed to appear for a deportation proceeding. However, he quietly built his life in Brooklyn where he has a 5-month-old son and a 10-year-old daughter with his wife.

Reports in the media in August, stated Siguencia Hurtado was released from detention after being arrested by ICE in July.

The reports noted he pays taxes, and is married to a US citizen who is attempting to legalize his status.