J-1 visas under the Exchange Visa Program have allowed students to visit the United States for decades. Now potential restrictions, have concerned some families about the future availability of au pairs.

A report by CBS in San Francisco noted some families are worried about how a possible crackdown could impact the availability of au pairs in the Bay area.

In August, The Wall Street Journal reported Trump is now eyeing reductions in cultural exchange programs including those that allow students and young workers to travel from foreign countries to the U.S.

The White House is reported to be taking aim at five employment-based programs that are part of the J-1 visa exchange program which we detail on our website.

The White House has announced a review of H-1B visas for skilled workers in an executive order. 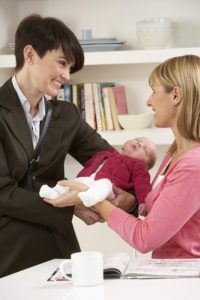 The Journal reported the Trump administration is also set to review summer work-travel programs that bring in more than 100,000 students to the U.S. ever summer, as well as au pair programs which allow for smaller numbers of foreign guests to live in American households to provide child care needs.

The Exchange Visitor Program was set up as long ago as 1961 under the Mutual Educational and Cultural Exchange Act.

In the Bay area, residents like Melissa Hernandez, say they cannot imagine life without their au pairs. The alternative would be paying sky-high rates for local childminders.

Supporters of J-1 Visas say the program is not just about getting young people from other countries to work in the United States, but to give them a cultural experience and take that knowledge of the U.S. back home.

Opponents of the program say it is often abused for cheap labor. Marguerite Telford with the Center for Immigration Studies told CBS:

“We really do have people being taken advantage of because people want cheap labor.”

When Are J-1 Visas Used

J-1 visas are not just used for students and au pairs. Physicians taking training courses, teachers, professors or research scholars, and business trainees may apply for the visas.

The State Department says the J-1 program currently provides opportunities for about 300,000 foreign visitors from over 200 countries a year “to experience U.S. society and culture and engage with Americans.”

Call our experienced Austin immigration lawyers at (512) 399-2311 to find out about this and other visa programs.