V-1 and V-2 visas are regulated under the terms of the Legal Immigration Family Equity Act (LIFE Act).

A V visa is a nonimmigrant visa created to allow families to stay together while waiting for the processing of immigrant visas.

A V visa allows a spouse and unmarried children under the age of 21 of a Lawful Permanent Resident to access, live and work in the United States as non-immigrants until they become lawful permanent residents.

The spouse receives a V-1 visa and the children are given a V-2 or V-3 visa. 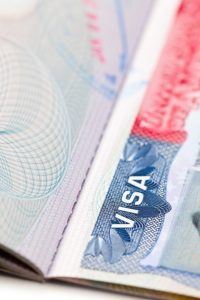 United States Citizenship and Immigration Services (USCIS) states you can apply for a V visa if you filed Form I-130, Petition for Alien Relative, for a family member on or before December 21, 2000. This includes unmarried children under 21 listed on the petition.

To be eligible for a V-1 visa, an immigrant must demonstrate either:

To demonstrate eligibility for a V-2 visa, an immigrant must show:

V-1 and V-2 visas have been one of the most significant vehicles to immigration in the United States in recent years, allowing families to remain together pending applications for green cards. However, family-based immigration is currently being questioned by the White House.

Every year, there are about 480,000 family-based visas available every year, states the American Immigration Council.

The Trump administration is seeking a move toward a more “merit-based” immigration system. Read more about V visas on our website.

For help on any family immigration matter please call our Austin immigration attorneys at  (512) 399-2311.