Smuggling drugs is a serious federal offense that typically crosses state lines. A recent operation by agents led to the arrest of nine people accused of trafficking drugs throughout southern Texas and into neighboring Louisiana.

In November 2017, The U.S. Attorney’s Office for the Southern District of Texas named nine people accused of participating in a drug trafficking operation stretching from Cameron County to Houston and Louisiana.

A report on ValleyCentral.com noted The FBI and DEA spent about two years looking into the case, assisted by Homeland Security Investigations, Border Patrol and local law enforcement agencies.

In November, federal agents raided a home in the Laureles area connected to the case. 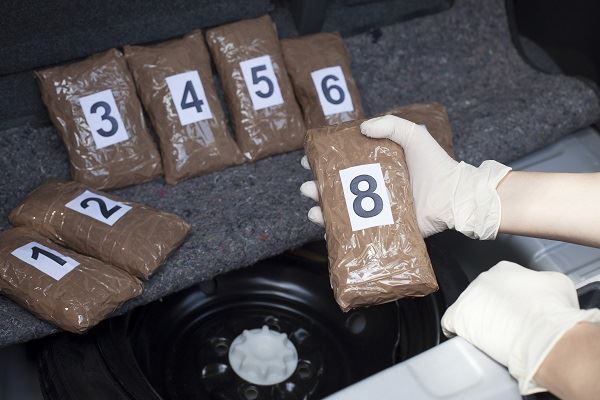 Drug trafficking is a serious offense characterized by high profile arrests. In Houston, four men were charged with these offenses in the spring.

The penalties for trafficking a controlled drug in Texas depend on factors including the class of drug being distributed, the amount of the drug possessed and the number of previous offenses committed by a defendant.

However, when federal charges are brought, even a first time offender faces a minimum of 10 years in a federal prison.

Drug trafficking operations may involve many states. In December 2017, the North Carolina State Bureau of Investigation announced a months-long drug investigation involving authorities in that state and Texas resulted in 20 arrests.

CBS reported the operation started with undercover meth buys that led to sources of supply in Texas, according to the SBI. Investigators in North Carolina said DEA operatives in Austin, Texas were working on an Organized Crime Drug Enforcement Task Force (OCDETF) that was probing the same North Carolina-based group.

If you have been accused of smuggling drugs or trafficking in Texas, please contact our Austin criminal defense attorneys or see our drugs and narcotics resources.