Penalties for drug convictions are enhanced when the underlying drug activity occurs within certain areas that lawmakers have designated as drug-free zones. Texas, like some other states, has designated not only areas within 1,000 feet of elementary, middle, and high schools as drug-free zones, but also areas within 1,000 feet of universities, playgrounds, child care agencies, public parks, recreational centers, and public swimming pools. These enhancements apply no matter the time of day or night, or regardless of whether children are present when the activity took place, with one major exception. If you did not profit from the drug activity that allegedly took place within a drug-free zone, and there were no children physically present when the activity took place, you may not face the enhanced penalties that usually would apply. 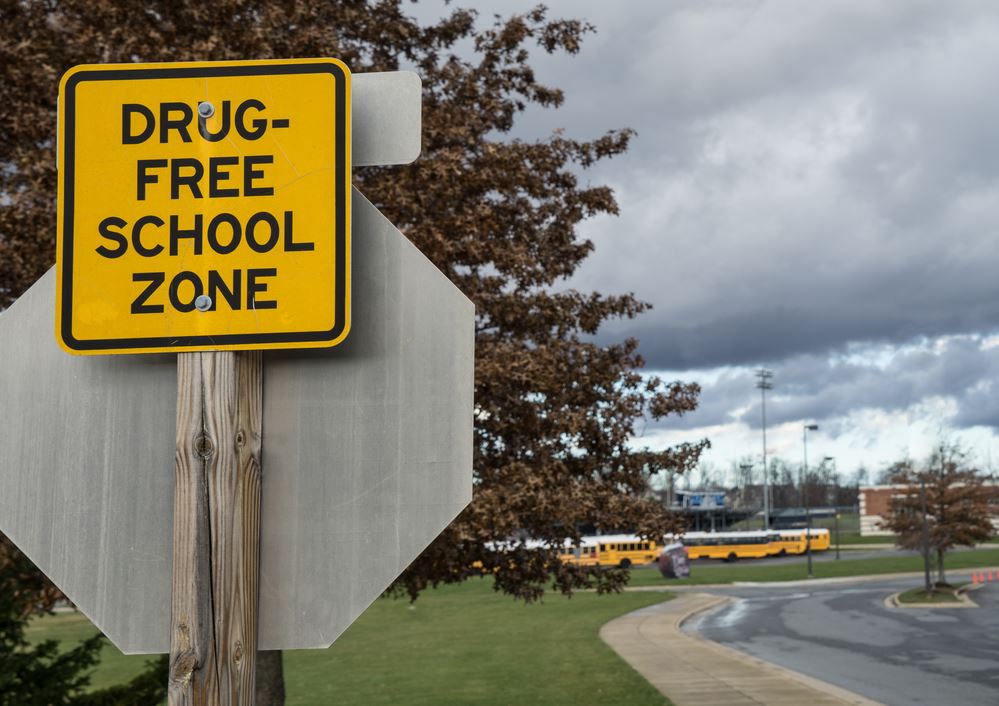 What Are Drug-Free Zones?

Being charged with a drug crime that occurred within a drug-free zone elevates your charge to the next-highest level. The difference in charges can mean several more years in prison and thousands of dollars more in fines. In some cases, the enhanced sentence can be twice as long as it would have been if the drug activity had not occurred within 1,000 feet of the local library.

There are other implications of being charged with a drug crime within a drug-free zone, as well. For instance, Tex. Gov. Code § 508.145 limits parole eligibility for offenses that occurred in a drug-free zone. Normally, incarcerated individuals become eligible for parole once the time that they have served, plus any good time credit that they have received, equals one-quarter of their sentences. However, a conviction for a drug offense in a drug-free zone limits parole eligibility until individuals have served one-half of their sentences, without consideration of any good time credit that they may have earned.