The U.S. government initiates the removal or deportation process by sending you a Notice to Appear (NTA) in immigration court. The NTA is your official notice that the U.S. government is seeking your removal from the country and lists the reasons for your removal and gives you the date and time at which you must appear in court. For instance, if you are present in the U.S. on a student visa and you are no longer are attending school, your NTA might state that you are removable for your failure to maintain your status as a student.

Your initial hearing, often referred to as a master calendar hearing, is usually a brief meeting during which the government introduces your case to the judge and you state your defense to the removal charges. The judge also will ask you to indicate whether you are guilty or not guilty to the deportation charges, even though this is a criminal rather than a civil proceeding. If you don’t show up for your master calendar hearing, the judge will go ahead and order you to be removed from the country in your absence. 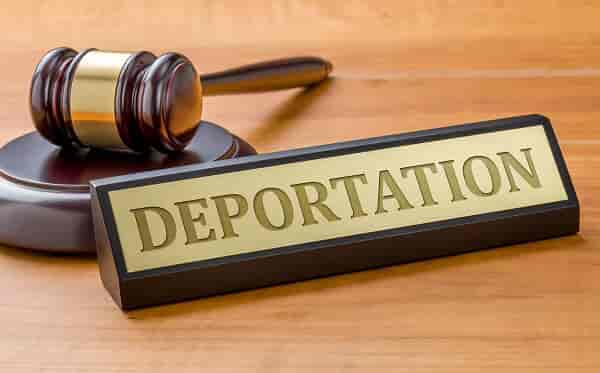 How Does the Removal Process Work?

Assuming that you appear at your initial hearing, the judge will schedule an individual hearing, either for the government to provide evidence that you are removable from the country, or if the government already has established your removability, for you to argue that you should be granted relief from removal. Prior to the hearing, the government and the defense both must submit evidence and arguments supporting their respective positions to the immigration court. The individual hearing will last longer than the initial hearing, and at the conclusion of the hearing, the judge will issue a decision as to whether you should be deported or you are entitled to relief from deportation. Both the government and the defense have 30 days following the immigration court’s decision to appeal the matter. Appealing an immigration judge’s decision automatically stays the judge’s order of removal, if he or she ordered you to be removed from the U.S.

When you are facing immigration difficulties, including removal proceedings, you may not know where to turn. At Peek Law Group, we are here to help you with your immigration case. We will devote all of our efforts to representing your interests, answering your questions, and calming your concerns. Don’t hesitate to contact Peek Law Group and schedule a time to meet with us today. We can help protect your rights and get you the relief that you need.