Domestic violence allegations, whether true or false, often arise in the heat of a moment, when an argument or disagreement gets out of control between family or household members. The alleged victim calls the police, and the accused ends up facing domestic violence charges, which can have serious implications, including a sentence of incarceration. A short time later, the alleged victims may wish to reunite with their alleged abusers, and they suddenly want to take back the complaint that they made to police. However, even if the alleged victims provided the sole source of evidence supporting the allegations of abuse, they are not simply free to drop the domestic violence charges on their own.

From the state’s perspective, alleged victims sometimes recant their stories or push for a dismissal out of fear, such as if the accused has threatened them with harm or to take their children away. Since the state has a vested interest in creating a safe place for all people living in Texas, they may not always readily accept the alleged victims’ requests to dismiss the charges. They realize that in some cases, the alleged victims are acting out of fear or self-preservation, rather than being committed to making the community and their lives safer by punishing the alleged abuser. 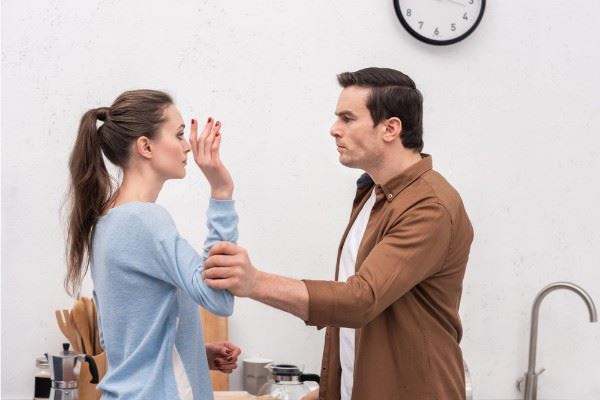 While the alleged victim doesn’t have the final say on dropping charges of domestic violence, there are steps that these individuals can take to help the accused. For instance, they can talk to the prosecutor directly and explain why the state should drop the charges. They can agree to testify on behalf of the accused person at trial. Finally, alleged victims may want to seek mental health counseling in order to prove to the state that they are calm, emotionally stable, and trying to make the best decisions possible for themselves and their families.

If you are facing domestic violence or other types of criminal charges, you should consult with an experienced criminal defense attorney who can ensure that your rights a protected at all stages of your criminal proceedings. At Peek Law Group, we are dedicated to protecting your rights and defending you any accusations of wrongdoing that you may be facing. We are here to investigate the facts surrounding your case, consider your options, and help you develop the strategy that is best designed to achieve a successful outcome in your case. Do not waste time attempting to handle legal matters on your own; contact our office as soon as you are charged with a criminal offense so that we can provide you with the help that we need.