Prosecutors have plenty of discretion when they negotiate plea deals. While we often believe they want to hit defendants with the highest sentence possible, this is not always the case. A recent study suggested some prosecutors are defending immigrants from possible deportation.

A recent report on NPR suggested prosecutors in several U.S. cities are using their discretion to protect defendants who are immigrants from possible deportation down the line.

NPR spoke to Brooklyn prosecutor Eric Gonzalez. He still recalls the case of a legal permanent resident from Haiti who was arrested on a trespassing charge. Police also discovered a small amount of cocaine on him. 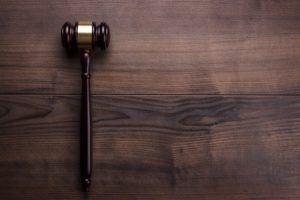 Prosecutors are defending immigrants in some places

He did not plead to the trespass charge but he admitted the drugs charge. The Haitian was sentenced to community service. He stayed out ad trouble and was able to hold down two jobs.

However, the old plea deal proved his undoing when he returned to Haiti in 2010 to check on his family after the massive earthquake. Immigration and Customs Enforcement officials noticed his drug conviction on his return. ICE put him in deportation proceedings a decade after his plea deal.

Gonzales told NPR the immigrant would not have been deported if he had pled guilty to the trespassing charge.

Gonzalez is the acting district attorney in Brooklyn. The state’s first Hispanic district attorney warns immigrants face a form of double jeopardy and can end up deported years after serving their sentences on criminal charges.

He’s one of group of prosecutors who are defending immigrants future interests. He instructed his staff of about 500 prosecutors to consider the immigration status of a defendant when negotiating plea deals for relatively minor nonviolent offenses.

The NPR report said prosecutors in Baltimore have also been instructed to consider the collateral consequences of prosecuting immigrants for minor misdemeanors.

Attorney General Jeff Session has attacked prosecutors for defending immigrants by avoiding plea deals which may later lead to deportations.

“It troubles me that we’ve seen district attorneys openly brag about not charging cases appropriately under the laws of our country so that – provides an opportunity for individuals not to be convicted of a crime that might lead to deportation.”

At Peek Law Group , we have successfully fought many removal actions. See our cancellation of removal resources here.

If you or a loved one is concerned a past criminal conviction will lead to deportation, please contact our experienced Texas cancellation of removal lawyers at  (512) 399-2311.