Multiple DWI offenses can land you in prison for long periods, even life. Earlier this year, jurors in San Antonio convicted 57-year-old San Juan Garcia of felony DWI in a crash in Jan. 2014.

A report on News Channel 5 contained a statement from the Bexar County District Attorney’s Office.

Prosecutors said Garcia was driving intoxicated when his vehicle hit a motorcyclist. Toxicology tests suggested Garcia had a blood alcohol level more than twice the legal limit for driving in Texas.

It was the latest of numerous convictions for Garcia whose first DWI arrest was in March 1982. He was imprisoned for several later convictions. 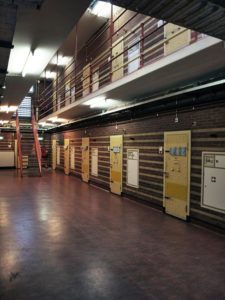 Records show Garcia’s first DWI arrest was in March 1982 and that he served time in prison for several of his later convictions. In June, Garcia was sentenced as a habitual offender.

In the same month in Texas, a man who was convicted of driving while intoxicated seven times previously was sentenced to life in prison after a DWI arrest last year.

Richard Lee Pollard, 72, was convicted on felony charges of driving while intoxicated.

Reports on KXAN said Pollard was taken into custody on May 27, 2013 in Llano.

A police laboratory analysis found Pollard’s blood-alcohol concentration was more than twice the 0.08 BAC legal limit to drive in Texas. Jurors heard 911 calls from worried citizens who reported seeing Pollard’s car driving erratically down the highway and crossing into oncoming traffic along State Highway 81 between Brady and Llano.

You don’t need to be a serial drunk driver for a DWI conviction to turn your life upside down, we point out on our website.

Even if you are facing your first DWI in Texas, the authorities may treat you very harshly. You may lose your license, your livelihood and your family. A DWI conviction will cost you thousands of dollars.

Our experienced Texas criminal defense lawyers represent DWI clients in Austin, Laredo, Round Rock, San Marco, Bastrop, San Antonio and elsewhere in Texas. Please call us today at (512) 399-2311 if you have been charged with intoxicated driving or a similar offense.