Tech giants like Facebook, Microsoft and Amazon are reported to be heading a drive for immigration visa reforms amid claims there is a shortage of skilled American workers.

The visa in question is the H1-B visa. The visas are used to bring over highly skilled workers from abroad and are prized in the tech industry.

The claims have also sparked a political furor. The right-wing website Breitbart branded claims that the U.S. education system is insufficiently preparing students for the tech industry as “insulting.” 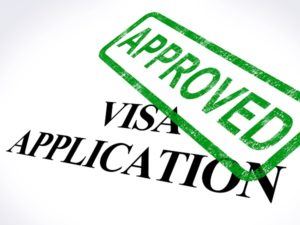 It picked up comments from an article written by two attorneys from the Immigration Reform Law Institute, a body that has taken a hard line on immigration.

The Institute took issue with the claims of a labor shortage from big tech. It claimed the companies are passing over American workers because they want to bring cheaper labor in from overseas.

Calls for immigration visa reforms followed a rush by tech companies to secure the limited number of H1-B visas available in the spring.

The Wall Street Journal reported the comments of Adams Nager, an economic policy analyst at the Information Technology and Innovation Foundation. Nager said the date when applications opened on April 1, wasn’t so much a start date as a starting gun to secure skilled labor.

U.S. companies could sponsor 65,000 overseas workers who held a bachelor’s degree or higher and an additional 20,000 foreign nationals with an advanced degree from U.S. institutions. We noted how the cap for H1-B visas was quickly reached and exceeded.

The fact that demand was so much higher than supply points to major problems with the H1-B visa lottery system. However, there is little consensus about visa reforms.

Congressman’s Visa Reforms Would Tighten up the Rules

The tech companies are calling for more visas to be available. However,  a congressman has submitted a bill that would further restrict visa supply at the end of August.

The report stated Southern California Edison Co. laid off approximately 400 employees last year. It replaced them with workers hired through consulting companies that were heavy users of H1-B visas.

Firms of more than 50 workers that have large numbers of H-1B employees (15 percent or higher) must submit paperwork with the visa applications proving they advertised the job to American workers and looked at their applications. Firms can be exempted from the paperwork requirement. However, an employee must hold a master’s degree or receive a salary of more than $60,000 annually.

Issa’s bill would remove the loophole for employers who apply for visas for master degree holders.

The H1-B visa application process is a controversial and complicated one. If you are considering making an application it’s important to know it’s difficult to secure these visas. Indeed, one misstep in the application process can invalidate your hard work. An experienced Texas H1-B visa attorney can help maximize your chances and save you considerable time and trouble. Contact us today at (512) 399-2311.