Domestic violence crimes are some of the most common offenses in Texas and gun crimes against family members in Texas appear to be increasing.

The claim was made before a debate on Texas Public Radio after the U.S. Supreme Court upheld a law that bans gun ownership against people with domestic violence convictions in the case of Voisine v. United States.

The decision means you cannot own a gun if you have been convicted of a domestic violence felony or a misdemeanor. 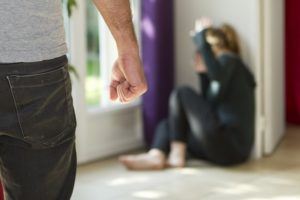 The radio report said Texas is experiencing a rise in the number of women being killed in domestic violence crimes.

Nailya Fuller, a spokeswoman for Family Violence Prevention Services in San Antonio, said the statewide numbers are alarming. She said in 2011, 102 women were killed in domestic violence incidents. That number rose to 114 the year after, to 119 in 2013 and to 132 in 2014.

Nationally, a woman is more likely to be killed by a male partner than any other individual and nearly 4,000 women die each year due to domestic violence.

While most domestic violence crimes are committed by men, there have also been some well-documented attacks by women. In June a mother killed her two children in a shooting rampage in a Houston suburb, Fox News reported.

Although the scale of domestic violence is alarming in Texas, every year we see cases that may not be as they first appear. When the family dynamic goes wrong, emotions run high and there is scope for false claims and exaggeration. A family member can commit an assault or an aggravated assault by merely threatening a family member.

To prove charges of aggravated assault, a prosecutor must not only prove that an assault occurred, but that a dangerous or deadly weapon was used to carry out the assault.

There are a number of defenses available. A threat may have been more ambiguous than the accuser alleges, you may have been acting in self-defense or the weapon involved may not have been of the deadly nature necessary to constitute an aggravated assault.

If you believe a spouse or other family members is seeking to bring domestic violence charges against you, it’s important to take action. Talk to an experienced criminal defense attorney, document your concerns and tell friends or family members. Gather evidence of erratic behavior and change all your login details to bank accounts and other important sites.

If you have been charged with any of the domestic violence crimes, call our experienced Austin criminal defense attorneys for a confidential consultation at (512) 399-2311.