A recent case in the U.S. Supreme Court has a bearing on Texas’ “implied consent” law that allows a driver who refuses to take a DWI breath test or a blood test to have his or her license suspended.

The court considered what constitutes an unreasonable search and seizure of a suspected DUI driver. 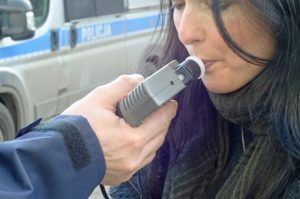 It ruled that police must first obtain a search warrant to carry out a blood/alcohol test on a driver, but that states are within their rights in making it a crime for a motorist suspected of drunk driving to refuse a breath test.

The “implied consent” law in Texas means drivers are required by law to take a DWI breath test or a blood test if they are stopped on suspicion of a DWI. The refusal to take a test can lead to a 180-day suspension of your driving license if it’s the first offense.

Once you have submitted to the test, you have the right to have a blood test taken within two hours of your arrest by a medical professional who you choose.

Making a Distinction Between A Blood and A DWI Breath Test

The Supreme Court’s ruling complicates how the court has instructed states to draft their laws and has a bearing on fourth amendment rights.

Justice Samuel Alito, who delivered the majority 5-to-3 opinion, said he did not believe breath tests entail “significant privacy concerns.”  He said they don’t pierce the skin or leave a biological sample with police, unlike blood tests.

The ruling was welcomed by Mothers Against Drunk Driving which said the court had recognized the fact that breath tests are minimally invasive and are a “critical tool” in the elimination of drunk driving.

“The Fourth Amendment prohibits such searches without a warrant unless exigent circumstances exist in a particular case.”

The Supreme Court considered the issue of warrants for blood and breath tests when it looked at laws in North Dakota and Minnesota where it is a crime to refuse alcohol testing. Three drivers challenged these controversial implied consent rules, claiming they were a violation of their constitutional rights.

Texas also has an implied consent rule but you are within your rights in Texas to refuse a DWI blood test. Indeed, the Supreme Court ruling strengthens the rights of motorists who challenge blood tests, while it appears to undermine Fourth Amendment rights related to breath tests.

The Fourth Amendment protects Americans from unreasonable searches and seizures by police. Officers must demonstrate there is probable cause a crime has been committed to a neutral judge who decides whether or not to issue a search warrant.

There are some important exceptions to this rule. The landmark decision in Schmerber vs. California in 1966 found police could draw blood without a search warrant from a driver they believed was intoxicated because the natural metabolism of the alcohol could degrade evidence of drunkenness.

Advances in technology that mean a warrant can be obtained more quickly meant a retreat from the 1966 ruling.  In the 2013 case of Missouri v. McNeely, the court said that the metabolism of alcohol alone was not an exigent circumstance on its own.

You have rights if you are arrested for a DWI. This case appears to strength your rights over blood tests in Texas. If you need experienced DWI representation in Texas, call us at (512) 399-2311.