Abbot said the targeted killing of law enforcement officers should be added to the hate crime category. He urged lawmakers to send him a bill to sign in next year’s legislative session, The Texas Tribune reported. 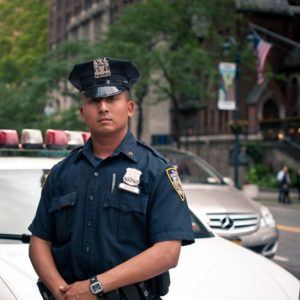 The proposal is part of the governor’s plans for a wide-ranging set of measures that would increase the penalties for offenses against police officers.

The Police Protection Act would increase sentences for any offenses in which the victim is a law enforcement officer. It would also add the deliberate killing of officers to the hate crimes list.

A statement from Abbott’s office said he wants to “create a culture of respect for law enforcement.” He supports a campaign to educate young Texans on the value law enforcement officers bring to communities.

The call for harsher punishments for those who attack police officers follows two ambushes that shocked the nation.

A Hate Crime is a Crime of Prejudice

They include offenses based on race, religion or sexual orientation. Hate crimes don’t cover particular professions such as police officers at present. However, a shooting based on the color of a police officer’s skin would represent a hate crime.

After the Orlando nightclub massacre, Abbott came under scrutiny for their apparent reticence in acknowledging a hate crime against homosexuals. In June a gunman who pledged allegiance to ISIS killed, 49 people at a gay nightclub.

The San Antonio Current stated some leading Texas Republicans would not recognize the killings as a hate crime. The article cited their reticence to give rights to members of the lesbian and gay community.

The lesbian and gay community is covered by Texas’ hate crime laws. However,  the Hate Crimes Act is used sparingly in Texas and is often a bargaining tool for prosecutors.

If you are charged with a hate crime, it’s important to hire a seasoned Austin criminal defense attorney who is familiar with this area of the law and with the very grave consequences of a hate crime charge sticking.

Call our Texas hate crime defense attorneys for a consultation as soon as possible at (512) 399-2311.