Austin is struggling with a DNA backlog more than eight months after its police lab was closed on the back of a host of problems.

The Austin Police Department closed down its DNA lab in the summer of 2016 party due to a lack of trained staff and the use of faulty and outdated processes. The reasons for this action were worrying to us as criminal defense lawyers in Austin.

An article in the Austin Chronicle highlighted some of the problems this closure has caused for those involved in the administration of justice in the city.

In the absence of a properly functioning lab, a DNA backlog has built up. The city and Travis County struggled to process DNA evidence in many criminal cases. The result was delays for criminal defense lawyers, district prosecutors, survivors of alleged sexual assaults and defendants alike. 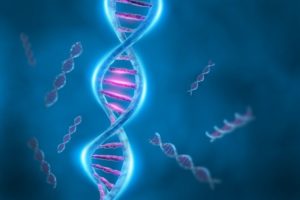 In September, we detailed how concerns about the staffing at the Austin lab led to its temporary closure.

The shutdown has since prompted the #EndtheBacklog campaign. Sexual assault campaigners are concerned the backlog in the testing of rape kids, which is already high, will skyrocket while the lab is closed.

This is also a concern for criminal defense lawyers because the testing of these kits can exonerate defendants who have been wrongly convicted.

The Chronicle article stated over the past two years the backlog at the lab increased to 484 untested kits. Another 126 sexual assault cases are pending that contain other forms of DNA evidence.

Over the summer the city council came under concerted pressure to tackle the rape kit backlog.

In September, as the city worked on its 2017 fiscal budget, it approved an additional $1.4 million in funding for the lab.

It was hoped the money would help get the lab operational again and tackle the DNA backlog. The lab was slated to re-open in February. The additional money would increase the number of kits workers can test each month. Before the Austin Police Department ordered the shutdown of the lab in June, analysts were testing about 40 kits a month. At the SAFE Alliance clinic where many kits are collected, one or two people were requesting tests every day.

There are also hundreds of kits that have not been tested for at least a year. Many of these were sent to a lab in Utah.

The issue of untested rape kits remains a concern for everyone involved in the criminal justice system in and around Austin. However, the lack of expertise at the lab carrying out the vital work of examining DNA was also deeply worrying.

If you have been convicted of a crime in or around Austin, contact our experienced criminal defense lawyers at (512) 399-2311.