A new Texas abortion law could lead to a wide range of unsuspecting parties being charged with a felony crime if they are involved in procuring a termination.

The legislation passed the Texas House in May. A recent report in Newsweek suggested this law could criminalize a wide range of people.

The law that came into effect in September bans the most common and safest second-trimester abortion procedure. Newsweek reported it could criminalize anyone who helps a woman obtain one, according to reproductive rights advocates.

The legislation – Senate Bill 8 – bans dilation and evacuation (D&E), a procedure in the second trimester of a pregnancy that has been made illegal in several other states. 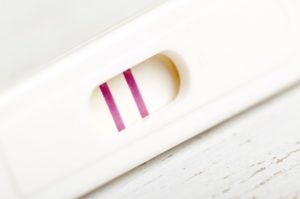 It also prohibits fetal tissue donation and requires all tissue from abortion be to be buried or cremated.

Representative Joe Moody, a former prosecutor, warned a number of parties linked to the procedures could face criminal charges. He feared the drafters of the bill did not consider all of the consequences.

These parties who could face charges include a doctor who performed the abortion, a receptionist who booked the appointment, and anyone who drove the pregnant woman to the clinic for the procedure.

Moody warned even a bank teller who cashed a check that paid for the abortion could be charged.

In the House, Moody said he thought this was an unintended consequence of the legislation. Notwithstanding his warning, his amendment to restrict people who could be prosecuted under the Texas abortion law failed.

A doctor who carried out the dilation and evacuation procedure could face being charged with a state jail felony. The crime is punishable by up to two years in prison.

Although the woman who had the procedure is theoretically exempt from criminal sanctions under the bill, under the controversial law of parties in Texas, prosecutors could conceivably come after other parties involved in the process.

If you are charged under a new law in Texas, it’s important to receive legal advice as soon as possible. Our criminal defense lawyers help clients in Austin, Round Rock, San Antonio and other places in Texas. Please call us at (512) 399-2311.