Texas prisons are uncompromising places. While prison time is meant to be a punishment, a recent lawsuit claims extreme conditions are infringing the civil rights of inmates.

The litigation relates to a spate of deaths in Texas prisons that are linked to extreme heat.

A federal judge ordered a civil trial of the Texas prison system in a case relating the death of an inmate, reports CBS news.

The lawsuit followed the heat-related death of Larry Gene McCollum. It accuses state prison officials of refusing to provide air conditioning in prisons that could have kept 21 other inmates alive. 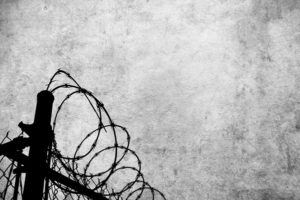 Heat deaths in Texas prisons lead to a lawsuit

McCollum was a 58-year-old taxi driver from Waco. He is one of 22 inmates who perished from the heat in Texas prisons since 1998. McCollum was serving a one-year sentence in the Hutchins State Jail near Dallas for writing a bad check. He died of heat stroke in 2011.

He was one of 10 inmates who died in the heatwave of 2011, U.S. District Judge Keith Ellison of Houston wrote. He had only been at the jail for seven days.

In an opinion released this year Ellison, who visited state prisons during the heat wave, recorded information from the jail logs. In the day before McCollum’s death, the air temperature exceeded 90 degrees for over nine hours.

The temperature nudged above 100 degrees for at least six hours and reached 107 degrees.

Information provided by the University of Texas Medical Branch at Galveston suggested the heat index that day was about 150 degrees.

The air handlers used for ventilation in the prison merely circulated the air around the facility without changing its temperature, Ellison wrote.

“Larry McCollum’s tragic death was not simply bad luck, but an entirely preventable consequence of inadequate policies. These policies contributed to the deaths of 11 men before McCollum and 10 men after him.”

The Texas Department of Criminal Justice intends to appeal the ruling to the 5th U.S. Circuit Court of Appeal.

The CBS report stated of the 109 prisons in the Texas system, only 30 are fully air-conditioned, notwithstanding a requirement by state law for prisons to be air conditioned.

When air conditioning is unavailable, many inmates struggle to acclimatize in the middle of the summer.

These alarming conditions at Texas jails are just another reason why defendants should try to avoid incarceration at all costs.  Many inmates in Texas are being held for relatively minor crimes.