It’s tough to get back on your feet if you have a criminal record. It may become even tougher in Texas if the state is successful in winning a legal battle to make it easier to fire people with criminal records.

The U.S. Department of Labor says as many as one in three people have a criminal record. The Equal Employment Opportunity Commission does not allow discrimination against people based on their criminal records. However, Texas is seeking to circumvent this requirement.

Recently, The Nation reported on how the Lone Star State wants to make the process of firing people with criminal records considerably easier.

More than five years ago, the EEOC passed enforcement guidance that said Title VII of the 1964 Civil Rights Act forbids blanket employment discrimination of people with criminal records. This was seen as a potentially discriminatory policy. The EEOC said black people are six times more likely to have served time in prison than whites and people from impoverished communities of color are more likely to be convicted of crimes. 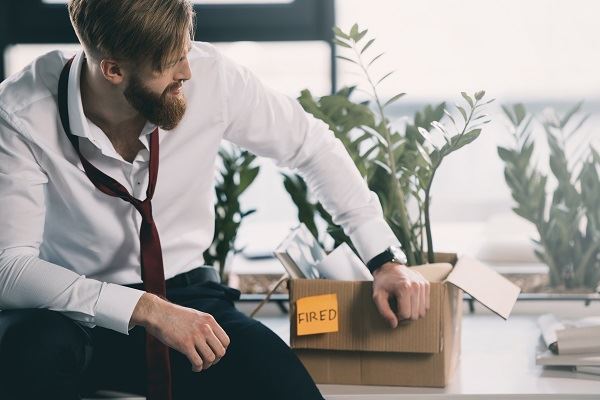 The new guidance was passed by a bipartisan vote, noted The Nation. Hiring policies that impose blanket prohibitions on candidates with a criminal record discriminate against minorities, the politicians said.

The EEOC wants employers to give employment candidates individualized assessments and look at pertinent factors like the seriousness of the crime, the time since the crime and whether rehabilitation was successful.

Notwithstanding the EEOC stance, a criminal conviction is still a major bar to employment.

The article in The Nation noted Texas challenged the codification of these standards in federal law.

Abbott sought a declaratory judgment from a federal court that would permit state agencies to deny employment to people with criminal records. Abbott wanted to prevent the EEOC from issuing right-to-sue letters, the form of legal notification the agency issues when officials see grounds for a discrimination claim.

The lawsuit was dismissed only to be revived by the US Court of Appeals for the Fifth Circuit in June 2016, The Nation reported.

Texas is bound by Title VII. However, because the State of Texas hires people it has a right to challenge the guidance in court.

Last August, the NAACP Legal Defense and Educational Fund and the National Employment Law Project, filed a motion to intervene in the case.

They raised the case of Beverly Harrison, a woman from Dallas who was stripped of her job as a crossing guard because of a previous criminal conviction. They sought to add Harrison as well as the Texas Conference of the NAACP as new parties in the litigation. Lawyers sought to be able to defend the guidance in court.

US District Judge Sam Cummings denied the motion. The EEOC and Department of Justice promised to “vigorously litigate” the case.

Fears remain that it will become easier to fire people with criminal records in Texas.

The NAACP believes the Trump administration likely will not defend the EEOC’s ruling.

A criminal conviction can ruin your career prospects and be a stain on your future. In some cases, records can be expunged. Call our experienced Austin criminal defense lawyers at  (512) 399-2311.