On the heels of Obama’s executive action on immigration reform, Mexican consulates in the U.S. began distributing birth certificates to its citizens on January 15. Now it is easier than ever for Mexicans in the U.S. to obtain work and driving permits in addition to protection from deportation. 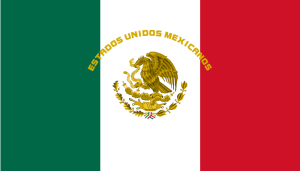 Previously, Mexican transplants could only get their birth certificates from government offices in their home country. Often, they would ask relatives or friends to retrieve them and send them through the mail. Unfortunately, it wasn’t uncommon for the important paperwork to get lost in transit.

Thanks to the new development, Mexican citizens can now have their birth certificates printed at one of Mexico’s 50 consulates throughout the U.S.

It is estimated that approximately half of the 11 million undocumented immigrants currently residing in the U.S. are natives of Mexico. According to immigration experts, more than a fourth of them could be eligible for protection under Obama’s plan.

In the past few months, immigration rules and regulations in the U.S. have undergone many significant changes. As an undocumented immigrant, you may be wondering how these changes apply to you. Rather than deal with the difficulties of parsing out immigration law, it is highly recommended that you get in touch with an experienced Texas immigration law attorney.

At Peek Law Group , our dedicated legal team can provide you with reliable legal advice on your immigration issue. We provide quality services in a variety of areas, including Austin, San Marcos, Round Rock, Bastrop, San Antonio, and Laredo. Call us today at  (512) 399-2311 for immediate legal assistance. Se habla español.