Immigration was frequently couched in negative terms during last year’s presidential campaign. However, immigrant businesses pour billions of dollars into the US economy. Many of them are fearful after the election of Donald Trump as president, according to reports.

It pointed out that immigrants made up a fifth of all entrepreneurs in the U.S. in 2014 and generated more than $65 billion in business activity. 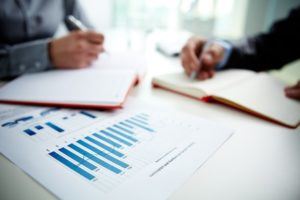 The figures came in a study from The Partnership for a New American Economy. Even undocumented workers are a massive boost to the economy of Texas, studies state.

He was shocked and concerned by the election of Trump. He’s an Iranian immigrant who moved to the United States in the 1980s. As a Muslim, he has more reasons than most immigrants to be fearful of the Trump administration. He described himself as being in “double jeopardy.”

Immigrant businesses fear a negative impact from Trump policies. Eskandari hires immigrants for construction projects because it can be difficult to find local workers. He already experiences shortages. He fears the issue could be exacerbated under the Trump administration as more immigrants are deported.

Another business owner quoted in the story was Romy Khouraki, the owner of Altayebat Market, in Anaheim, CA. His business is found in an area dubbed Little Arabia. Khouraki fears anti-Islamic policies could harm the neighborhood and deprive businesses of workers.

Big business has also warned that the immigration crackdown could harm the economy. Many fear that Trump will curtail the H1-B visa system that allows companies to bring temporary skilled workers to the United States from abroad.

However, Trump’s stance on these visas that are a mainstay of the tech industry has been contradictory. He initially said he opposed H-1B visas for high-skilled immigrants, but then backtracked on his statements.

Sectors such as the hospitality and hotel industry which employ many low-paid immigrants are also likely to take a hit, reports the Washington Post.

Immigrant businesses are understandably nervous about the new political climate. If you are a business owner who has a pressing immigration issue, please call our Austin immigration attorneys today at  (512) 359-3362.