The U.S. Supreme Court has decided an important Fourth Amendment search case in favor of investigators after a suspect challenged the discovery of drugs, arguing police had no reasonable suspicion to stop him.

In the case of Utah v. Strieff, the justices considered search and seizure under the Fourth Amendment.

The long-running case followed a 2006 incident in which police received an anonymous tip that narcotics were for sale at a house in Salt Lake City in Utah. A drug detective became suspicious after he saw a considerable number of people making brief visits to the house over the course of a week. While the police had the house under surveillance they stopped Edward Strieff, Jr. for questioning. 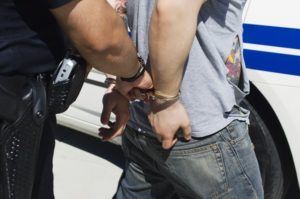 At Peek and Toland, PLLC, we represent many defendants who are accused of drug crimes in Texas. In some cases, the charges have been brought after illegal stops and searches. We were, therefore, interested in the result of this important case.

In Salt Lake City, Officer Douglas Fackrell apprehended Strieff at a nearby parking lot. The narcotic detective identified himself and asked Strieff what he was doing at the home. He asked to see his identification and gave the information to a police dispatcher, who told him that Strieff had an outstanding arrest warrant for a traffic violation.

The officer searched Strieff and discovered methamphetamines and drug paraphernalia. He was then arrested.

Strieff later challenged the legality of the search and the arrest, claiming Fackrell lacked reasonable suspicion to stop him. He argued that the evidence recovered from the search should be suppressed.

The U.S. Supreme Court considered the attenuation exception which finds investigators can use evidence obtained through unlawful government action if there is a sufficiently weak connection between the misconduct in question and the discovery of the evidence.

The Supreme Court considered whether the Fourth Amendment bars the use of evidence if police learn about an outstanding warrant for a suspect’s arrest after a stop that is later revealed to be illegal.

The Justices concluded that while the short time between the unlawful stop and the search of Strieff, seemed to favor the drug evidence being suppressed, the presence of a valid arrest warrant against Strieff was an “extraordinary intervening circumstance.”

The justices also alluded to the absence of any fragrant misconduct by the arresting officer who they pointed out was engaged in a legitimate investigation of the drug house.

The U.S. Supreme Court reversed the finding of the Utah Supreme Court 5-3, in an opinion written by Justice Clarence Thomas on June 20, and found the meth and paraphernalia evidence was admissible. Justice Sotomayor filed a dissenting opinion in which she blasted the majority which she accused of trampling on Fourth Amendment freedoms.

If you or a family member has been charged with a drug-related offense, you are likely to be facing serious consequences. It’s important to contact a Texas criminal defense attorney as soon as possible. Call us at (512) 399-2311.