More than 20 states have legalized medical marijuana following evidence the drug can help sufferers with a wide range of conditions. However, medical marijuana is still banned in Texas and the U.S. Supreme Court recently resisted pressure to legalize it under federal law.

Earlier this year, the Supreme Court declined to make an exception that would legalize the medical use of the drug.

Marijuana is labeled an illegal “controlled substance” under federal law. In a unanimous 8-0 ruling, the nation’s highest court ruled that patients with serious diseases who take the drug for pain release are doing so illegally, reported ABC News. 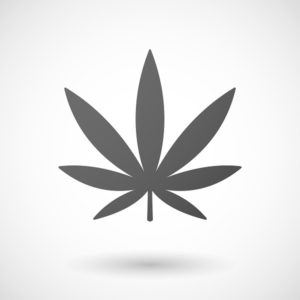 At Peek Law Group we represent people who are charged with drug crimes such as possession in Texas.

Medical marijuana is used to treat a wide range of conditions including MS, cancer, HIV and Lou Gehrig’s Disease. It alarms us that people who are suffering from very serious conditions could be criminalized for using something that may help treat their conditions.

However, medical marijuana remains a banned drug at the federal level following the Supreme Court decision.

The Supreme Court’s ruling did not overturn the rules of states that have legalized medical marijuana. However, it potentially leaves users open to prosecution by the federal government.

The ABC report stated advocates of medical cannabis were disappointed by the ruling.

Reaction to the Supreme Court’s Decision on Medical Marijuana

Allen St. Pierre, the executive director of the NORML Foundation (National Organization for the Reform of Marijuana Laws), stated his concern that the federal government might get involved in enforcement against users. He said.

“Our hope is the federal government is not going to go and reach down and pull people who get caught with very small amounts of marijuana, using it for medical purposes, and elevate them to a federal case.”

Many people with serious diseases say medical marijuana helps them cope. However, the medical community remains divided over the issue. The ABC report noted a government study concluded it does ease pain and nausea but also delivers “harmful substances.”

While studies are inconclusive, criminal law remains a heavy-handed way to deal with the issue of medical marijuana.

Our Austin drug defense attorneys represent people who have been charged with a wide range of drug offenses. Call us today for a consultation at (512) 399-2311.