The H-1B visa process is under review by the Trump administration. Many commentators viewed the announcement in March as a further restriction on legal immigration.

Stripping out premium processing eliminates the option of shorter wait times for a program that helps skilled foreigners to find work at US companies. 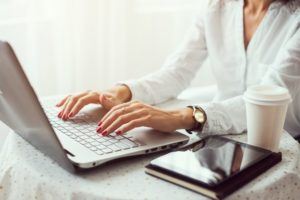 Instead of waiting for months to find out if they were successful in the H-1B visa lottery, potential employers received a response within 15 days.

What is Premium Processing of H-1B Visas?

On its website, USCIS explained The 15 calendar day period starts when it receives the current version of Form I-907, Request for Premium Processing Service, at a correct filing address

Applicants for H-1B visas enter a lottery process. USCIS issued an approval notice, a denial, a notice of intent to deny, a request for more evidence or the opening of a fraud investigation for misrepresentation within the 15 calendar day period.

How Much Did Premium Processing Cost?

The suspension was imposed effective April 3, 2017. USCIS stated it would temporarily suspend premium processing for all H-1B visa petitions. The suspension is expected to last six months.

FY18 cap-subject H-1B petitions cannot be filed with USCIS before April 3, 2017. The suspension applies to all petitions filed for the FY18 H-1B regular cap and the master’s advanced degree cap exemption. USCIS said the suspension also applies to petitions that might be exempt from the cap.

President Donald Trump has criticized the H-1B visa system. These visas for skilled workers are the main route for foreigners holding Bachelor’s and Master’s degrees to work at US companies. In 2016, the demand for H-1B visas was three times greater than the 85,000 available.

Although the visas are used to fill a skills gap, Trump has been outspoken about abuse of the program.

Companies seeking to obtain an H-1B visa are facing an increasing number of obstacles. You can find out more about the lottery process here. Call our Austin business immigration lawyers for a consultation at  (512) 399-2311.