Texas is no stranger to corruption charges in businesses and the political arena. Recently, former congressman Steve Stockman was hit with these white collar charges.

In March, the former Texas congressman along with an ex-employee were arrested on a 28-count indictment claiming they stole hundreds of thousands of dollars from charities. 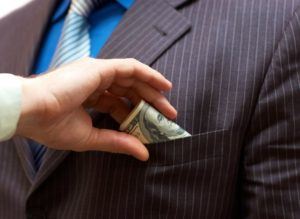 The indictments alleged some of this money was used to finance political campaigns and pay personal expenses. Stockman along with his former aide, Jason Posey, are accused of seeking to cover up the operation. Stickman served twice in Congress – from 1995 to 1997 and again from 2013 to 2015.

A report in the Texas Tribune detailed the indictment. Stockman is accused of seeking out $1.25 million in donation under misleading pretenses.

The indictment says from May 2010 to October 2014, he allegedly diverted some of the money for campaign expenses and personal purposes.

Stockman was investigated by the U.S. Department of Justice. It said funds were allegedly used to finance a covert surveillance project that targeted a political opponent.

Stockman is maintaining his innocence. At first, he blamed his arrest on political adversaries in the federal government. His lawyers distanced themselves from these claims.

The former congressman is just the latest prominent politician to face corruption charges.

Texas Attorney General Ken Paxton is facing a trial over charges relating to alleged securities violations before he was in his present office.

Recently, the judge in the securities fraud case ruled that Paxton’s trial should be moved out of Collin County and delayed once again.

The change of venue was seen as a victory for prosecutors. They argued Paxton and his friends had tainted the pool of jurors in his home of Collin County.

The change in ruling followed concerns from special prosecutors that they had not been paid because of an ongoing action in Collin County.

As illustrated by the Paxton case, white collar prosecutions are complicated and can drag on for months. The sanctions for such crimes are also very severe.

Paxton has denied charges of misleading investors in a company before he became attorney general. The legal deliberations have continued for more than a year. Although Paxton beat a federal, civil case involving similar allegations, the state charges remain. They carry a potential prison sentence of up to 99 years.

If you have been charged with a white collar offense in Austin, Round Rock, San Antonio or elsewhere in Texas, please call our experienced criminal defense lawyers at  (512) 399-2311.