Concerns over the way the grand jury system works in Texas have led to discussions and legislation about grand jury reform.

However, a bipartisan proposal before state lawmakers this year to require prosecutors to share evidence with grand juries that could help a suspect’s case, failed to make the statute books.

The Chronicle article claimed the grand jury remains mysterious and stacked against the accused. 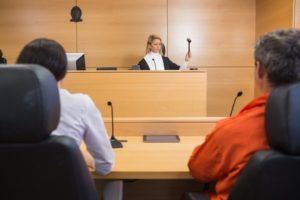 Among other things, the unsuccessful bills required the government to introduce evidence that was more likely to challenge the accused’s guilt.

Counsel for the accused would be allowed in the grand jury room to advise the defendants and witnesses. Attorneys would not have been allowed to directly address the grand jury.

The legislation would have prevented prosecutors from going to a second grand jury if an initial grand jury declines to indict — unless new evidence came to light.

The bills aimed to remove some of the mystery from the proceedings by providing a transcript while allowing the prosecution to protect the identities of witnesses and victims.

The Chronicle article said other states have been practicing reforms along the same lines for decades with no negative consequences.

The bills were introduced in the House and Senate by State Rep. Senfronia Thompson and Sen. Dawn Buckingham.

They claimed the proposals would level the playing field when a defendant appears before a grand jury.

She said the proceedings were now skewed and give prosecutors for the state an unfair advantage over the accused, even when the defendant is innocent.

A poll conducted by Baselice & Associates found 88 percent of registered voters in the Lone Star State said a prosecutor should not have the ability to withhold evidence that pointed to the innocence of an accused person during a grand jury proceeding.

For now, the problems persist in the grand jury system. If you are facing an indictment for a crime in Austin, Round Rock, San Antonio or elsewhere, it makes sense to hire an experienced criminal defense lawyer. Call Peek Law Group at  (512) 399-2311.