Racially motivated attacks across the country including a fatal shooting in a Kansas bar, have raised questions about anti-Islamic rhetoric.

In February, a man shot three people at the bar. Two of them were Indians, one of whom died of his injuries. A third person who intervened was also wounded.

A bartender later called 911 to say a man had come into a restaurant and said he shot two Iranians in Olathe in Kansas.

She found out a shooting had taken place in Olathe, about 20 miles southwest of Kansas City. Her 911 call led police to pick up Adam Purinton, 51. Other witness statements suggested the bar shooter thought the two Indian victims, Srinivas Kuchibhotla and Alok Madasani, were of Middle Eastern descent. 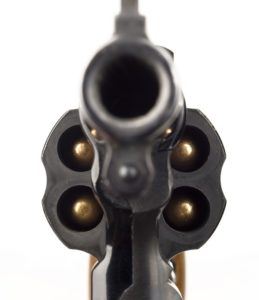 They were Indian nationals employed by the technology company Garmin. The Indians received master’s degrees in America. Kuchibhotla did not survive his injuries. Madasani was released from a hospital the day after the shooting. An American who was wounded when he tried to stop the shooting also recovered.

Purinton, a Navy veteran, was charged with first-degree murder and first-degree attempted murder. Federal authorities are treating the shootings as a hate crime.

The incident led to consternation in India. Many skilled workers in the Indian technology industry find employment in the United States while American colleges and universities take large numbers of students from the Indian subcontinent.

The father of Madasani appealed to parents in India not to send their children to the United States.

Many of the alleged hate crimes have been aimed at Muslims. In Florida, a 64-year-old man said he tried to set a convenience store on fire because he believed the owners were Muslim, according to St. Lucie County Sheriff Ken Mascara.

A report on CNN said Richard Lloyd allegedly told deputies he wanted to run Arabs out the United States so he pushed a dumpster in front of the store and set its contents on fire.

In South Carolina, the fatal shooting of an Indian man in March is being investigated as potentially racially motivated.

In Victoria in Texas, a mosque was burned down. While police say the fire appears to have been an arson, they stopped short of labeling it a hate crime. Fires at four mosques were reported in seven weeks, including one in Austin.

Racially motivated attacks appear to have spiked in recent months. The American Civil Liberties Union warned of a “new dawn for hate” after a series of hate crimes was reported last November.

These are difficult times to be a foreign national in the United States. For help or advice call our Texas immigration lawyers at  (512) 399-2311