The recent travel bans issued by the United States government also impact visitors on tourist visas. These restrictions may be linked to a drop in tourism.

Ever since the first travel ban in January, the media has featured stories about visitors with simple tourist visas being denied access to the United States.

Writing in the Huffington Post, historian Henry Rousso detailed his ordeal at the George W. Bush Intercontinental Airport in Houston after arriving from Paris in February.

Rousso was invited to attend a symposium at Texas A&M University. He was interrogated for several hours after a random check by Customs and Borders Protection. 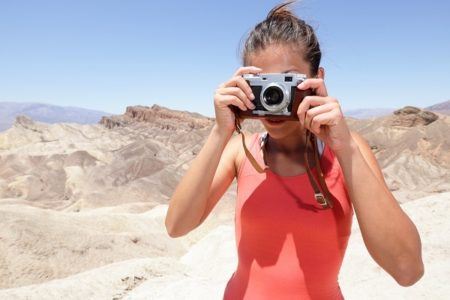 Tourist visas are under scrutiny

He said officials told him he would not be able to give a lecture and receive an honor because he was in possession of a simple tourist visa. He wrote:

“I replied that it was the university that did all the formalities and that I have been doing this for 30 years without any trouble.”

The official examined his passport and noted he recently received a J1 visa which academics use. Rousso was a visiting professor at Columbia University in New York from September 2016 until January 2017. The Customs and Borders Protection official informed him he was returning to work illegally in the United States with an expired visa.

The academic said officials interrogated him extensively for 10-hours. Officers took his fingerprints and conducted a search. They told him he would be sent back to Paris on the next plane and would not be able to visit the United States again without the appropriate visa.

Rousso’s claims of clampdowns on tourists are not isolated. In the same month, after a year of preparation to attend the Dallas Cup, the Tibet Women’s Soccer team was reportedly denied tourist visas to the United States.

The team would have been the first sports team to represent Tibet on US soil.

Do You Need a Tourist Visa?

If you are visiting the United States, whether or not you need a B-2 visitor visa depends on what country you are from. You can find out more about tourist visas here.

Many countries such as Australia, Britain, France, Sweden, Japan, Portugal and Spain have a relationship with the United States that allows visitors to spend up to 90 days here with only their passports.

However, Reuters reported the travel ban that affects six countries increased scrutiny of visitors. The strong dollar is also negatively impacting tourism in the United States. If you are traveling to and from the United States, you should be sure you have the correct visa as you are more likely to be interrogated in the current climate.