The number of executions in Texas has fallen in recent years. One of the issues facing the state is a shortage of execution drugs.

Now Texas is suing the Food and Drug Administration (FDA). It says the federal agency caused a months-long delay in access to the drugs the state uses in lethal injections of death row prisoners.

The drugs in question are hundreds of doses of thiopental sodium. The FDA intercepted the drugs more than 17 months ago. At the time, the FDA claimed the drug was not approved for use on humans. 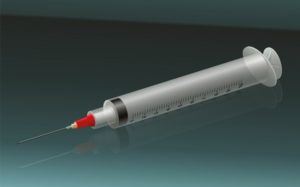 After more than a year, the FDA is yet to issue a final decision on whether the buying by Texas of the thiopental sodium was allowed under a law enforcement exemption for new drug approvals. Paxton complains the delay has gone on for too long. He said:

“There are only two reasons why the FDA would take 17 months to make a final decision on Texas’s importation of thiopental sodium: gross incompetence or willful obstruction.”

Texas is not alone in experiencing problems obtaining a steady and reliable supply of execution drugs.

The decision of the European Union to ban the export of execution drugs in 2011, hit American states that use lethal injection. U.S. states have experimented with alternatives, sometimes with horrific consequences.

In one case in Oklahoma, a death row inmate was given the wrong drug and took 18 minutes to die.

An overdose of thiopental sodium, a barbiturate, paralyzes muscles and stops the heart beating. It had once been used as part of a three-drug cocktail to carry out executions, but states have increasingly used the drug alone as the other two elements have become unavailable.

If you are facing a murder charge you are more likely to be executed in Texas than anywhere else in the country. Call our experienced Austin criminal defense lawyers to fight the charges against you at (512) 399-2311.