Government agencies in Texas and Colorado were found to have violated the Immigration and Nationality Act by restricting job applications to U.S. citizens at a recent ruling.

Stipulating that applicants must have been citizens, these departments violated anti-discrimination rules. Green card holders are not citizens but they are entitled to work in the United States. 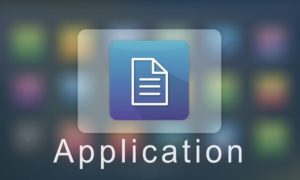 Aldine School District breached the INA because it required non-U.S. citizens to present specific documents when they were re-verifying their employment eligibility after their original documents expired.

U.S. citizens were not required to go through the same set of hurdles. The INA’s anti-discrimination provision says employers cannot make specific demands related to documents that are based on the origin of workers or citizenship.

Under the terms of the settlement agreement, Aldine School District was hit with a $140,000 penalty.

It was also asked to revise its procedures and policies on the training of its human resources staff and to bring in a three-year program to train students and their parents about the INA’s provision against discrimination.

The Denver Sheriff’s Department was found to have discriminated against non-citizens and fined $10,000 for hiring only citizens, Fox News reported.

An investigation found that from the start of 2015 until March 23, 2016, the department discriminated on the basis of citizenship status by requiring people who applied for deputy jobs to be U.S. citizens, in violation of the INA.

The INA’s anti-discrimination provision prevents employers from limiting jobs to U.S. citizens. There may be limited exceptions related to orders of government contract work. However, the Denver Sheriff’s Department did not benefit from an exception under the INA.

As well as paying a $10,000 fine, the sheriff’s department will have to identify applicants to deputy positions who may have been disqualified due to the citizenship requirement after Jan. 2015 and consider them again.

The department was instructed to train its human resources staff on the anti-discrimination provisions of the INA by attending an Office of Special Counsel webinar. The department was told to provide the OSC with completed I-9 forms of all new hires and all recruiting advertisements every six months for the next three years.

It will have to look again and revise any policies and procedures to comply with the INA’s provisions.

At Peek Law Group , we can help you attain citizenship. We are also conscious of when discrimination occurs against immigrants. If this occurs, you have rights.