The U.S. Supreme Court is to decide if the family of a boy from Mexico who was fatally shot by a U.S. Border Patrol agent has a right to sue.

The nation’s highest court said it would accept the appeal from the family of the boy last October.

Sergio Adrian Hernandez Guereca, a 15-year-old, was killed in 2010 on Mexican soil. He was shot dead by a border officer who fired his gun from the U.S. side of the border in Texas.

The agent claimed Hernandez and other boys were throwing rocks at him. 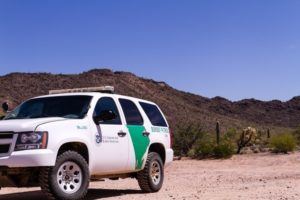 Hernandez’s family later sued the U.S. authorities for damages. The Fifth Circuit appeals court unanimously ruled the family had no standing to sue two years ago. The teen was a Mexican citizen. He was not protected by the Fifth Amendment under its sue process clause or by the Fourth Amendment, the court said.

The U.S. Supreme Court has taken the appeal. It will also look at whether the parents have a constitutional right to sue a Border Patrol officer.

The agent in question, Jesus Mesa Jr. shot the teen in June 2010. Federal investigators said Mesa tried to arrest immigrants who illegally crossed into the United States when he was attacked by people throwing rocks. Mesa fired his weapon across the Rio Grande, hitting Sergio twice.

The judges ruled that the shooting of the teen, if proven in court, would amount to “an official abuse of power so arbitrary as to shock the conscience.”

However, in 2015, the Fifth U.S. Circuit Court of Appeals rejected arguments by attorneys for the teen’s family.

The plaintiffs claimed Mesa’s immunity from a civil lawsuit was overridden by the 4th Amendment to the U.S. Constitution. This guarantees the right of “the people to be secure in their persons.”

The family’s lawyers also pointed to the 5th Amendment protections against the deprivation of life without due process of law.

Our experienced Austin immigration attorneys will be paying close attention to this case, as well as other key immigration cases in the U.S. Supreme Court in 2017. Many immigrants accuse Border Patrol officers of acting in a brutal and unconstitutional way.

If you need help defending your immigration rights in Austin, San Antonio, or elsewhere in Texas, call us today for a consultation at (512) 399-2311.