A recent article in the New York Times explored recent prosecutions of naturalized citizens in terms of the federal government’s ongoing war on immigration. While immigration enforcement traditionally has focused on eliminating immigrants present in the U.S. with no legal status and preventing the flow of illegal immigration, the Trump administration has pursued various other aspects of immigration enforcement, as well. It appears that one of these strategies is to prosecute naturalized American citizens with the goal of denaturalization.

The article tells a story of a couple and their child who fled Haiti due to political persecution in the mid-1990’s. They were granted asylum and obtained U.S. citizenship in 2012. Immigration and Customs Enforcement (ICE) agents appeared at their door in 2017 and arrested the woman, claiming that they had a deportation order form 1997 for a woman with a different name, but whose fingerprints matched the woman’s fingerprints. While the Justice Department argued that the woman previously had applied for asylum under another identity, but the court ordered her to be deported when she failed to appear in court. The woman’s public defender argued that the woman previously had worked with a document preparer, but never applied for asylum; the document preparer later was convicted of filing tax returns using false identities, so it was not surprising to find paperwork using the woman’s fingerprints attached to the wrong identity. The woman was convicted, spent five months in prison, and is awaiting deportation. 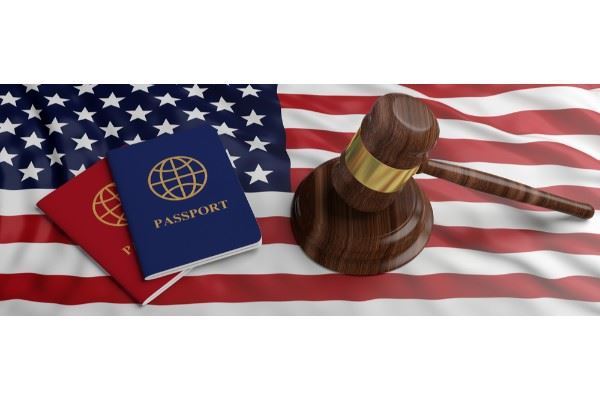 Prosecuting Naturalized U.S. Citizens What is the Impact on Their Citizenship?

The woman’s case is part of Operation Second Look, which focuses on immigrants who became naturalized citizens despite the existence of deportation orders or past fraudulent or criminal behavior. From 2004 to 2016, the Justice Department filed an average of 46 of these cases per year. In each of the past two years, however, those numbers have doubled. Despite claims that these cases are low-priority, more funding has gone to support the investigation of more than one million cases of naturalized citizens.

The immigration attorneys of Peek Law Group have the experience that you need when you are seeking any type of relief or benefit under federal immigration laws. We will determine the facts and evidence that are relevant to your case, evaluate your options, and help you decide the best course of action for your case. It is our intention to place you in the best position possible to achieve your goals. Contact our Texas immigration attorneys at our office today and learn how we can assist you through this complicated situation.