Fatal police shootings have made headlines in recent years. The shooting death of a teen by a police officer in Balch Springs caused an outcry in the Texas community.

Edwards, an African American, was a stand-out athlete and honors student.

Balch Springs police chief Jonathan Haber made the decision to fire the officer after reviewing the findings of an internal police investigation. He was given 10 days to appeal the decision.

The officer was later charged with murder, Slate reported. 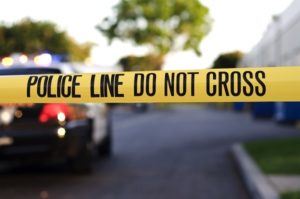 The 37-year-old former officer turned himself in. He was released after he posted bail on a $300,000 bond. Oliver took the life of the teen when he fired a rifle into a car filled with teenagers who were leaving a party. A bullet struck Edwards in the head.

Haber originally said the car was backing up toward his officer. However, body-cam footage later showed the car was heading away from where the police officer was standing.

Haber said he took responsibility for the error. He said the officer’s behavior did not meet the force’s core values.

The Washington Post reported Jordan was the youngest of 339 people shot and killed by police so far in 2017.

Two years ago, The Guardian reported on how deaths of black people at the hands of police in America were soaring. In 2016, Black males between the ages of 15-34 were nine times more likely than other Americans to be killed by law enforcement officers.

The report noted racial disparities lingered in 2016 even though the total number of deaths caused by police officers fell slightly. In total, 1,091 deaths were recorded for 2016, compared with 1,146 in 2015.

Plans to streamline and improve government records related to police deaths were thrown into doubt by the election of Trump, who campaigned on a “law and order” platform.

Last year, we noted how police departments will be forced to list police-related shootings. Now that system may be on the backburner. Chuck Wexler, the executive director of the Police Executive Research Forum, says it’s important to have greater accountability. He said:

“This data is so important. We have to capture the whole range of use of force by police, and we have to have a way to identify how we are doing.”

Our Austin criminal defense lawyers have concerns about how police officers arrest people and the use of too much force. If you have been arrested for a crime, please call us at  (512) 399-2311.