The so-called Sandra Bland Act, named after an African American woman who took her life in a cell, has been passed by the Texas Senate.

However, the family of Sandra Bland branded it a missed opportunity because it was watered down from the original version.

The family of Sandra Bland was unhappy that the amended bill focused mostly on mental health issues and county jail operations. The Texas Senate unanimously passed the bill in May. 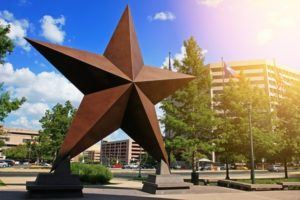 Sharon Cooper, Bland’s sister, pointed out the measures intended to prevent such an arrest in the first place were stripped out of the bill. She told the Texas Tribune:

“It’s a complete oversight of the root causes of why she was jailed in the first place.”

Bland was an African American woman from Illinois. She was arrested after a routine traffic stop that escalated in Texas.

Brian Encinia, a trooper who was working for the Texas Department of Public Safety in 2015, charged Bland with assaulting a public servant after an altercation. She was found dead in the Waller County Jail days after being arrested during the traffic stop.

The original bill required a more onerous requirement on police obligations to stop and search suspects. This was removed from the bill.

The Sandra Bland Act will make it easier for county jails to divert people with mental health and substance abuse issues toward treatment for their conditions. It would also make it easier for people in jail with a mental illness or intellectual disability to receive a personal bond. It would make it mandatory for independent law enforcement agencies to investigate jail deaths.

If you have been arrested in Texas, it’s important to hire an experienced criminal defense lawyers as soon as possible. Contact us here.